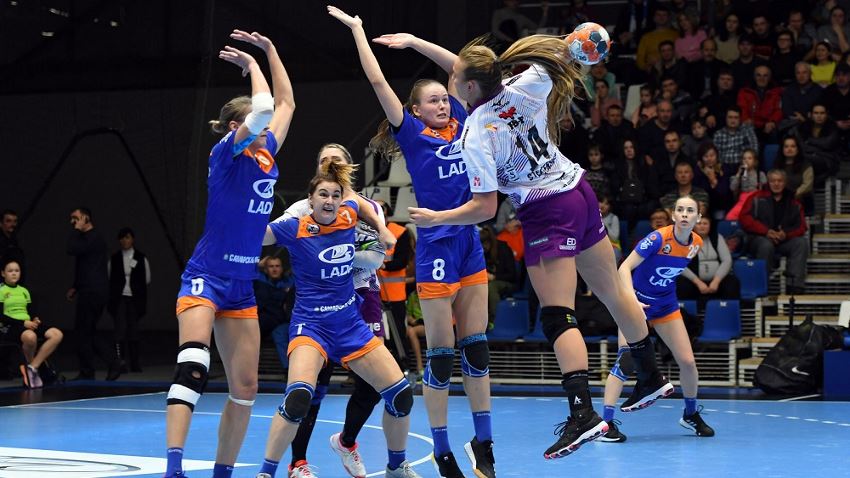 Herning-Ikast Handbold defied the odds Saturday as the Danish side, hit by injuries, travelled to Russia with only 12 players but still returned home with both points after clearly beating Lada 25:20 in the Women’s EHF Cup group phase.

Herning-Ikast top scorer Helene Fauske started where she left off in her team’s first match against Storhamar – by scoring goals.

Alongside Tonje Løseth and Stine Skogrand, she formed an entirely Norwegian backcourt line that put pressure on the Lada defence, helping the visitors establish an early four-goal lead.

At the beginning, the Herning-Ikast defence was good at containing Lada left back Elena Mikhaylichenko, who had scored 11 goals against Bietigheim. But slowly, she and her teammates found openings in the Danish defence.

Herning-Ikast were still leading by three goals at half-time, and remained in front for the rest of the match, although Lada came as close as two goals several times. 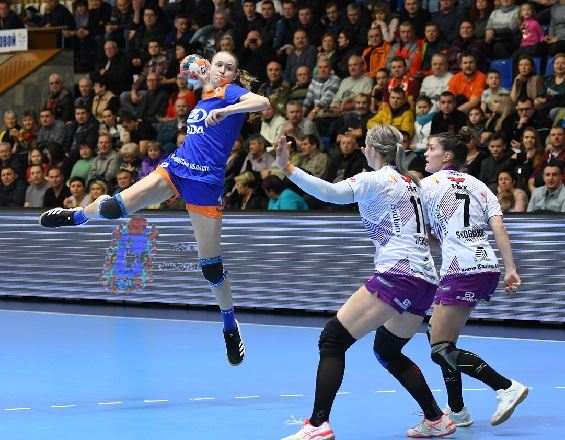 “We had a tough match today. We were good at defence especially in first half of the match,” coach Mathias Madsen said.

Herning-Ikast’s Stine Skogrand said she was “very proud of what we did today. As we came to Russia we expected a tough match.”

“We prepared to win,” he said. “Yesterday in training our team was totally different. I don’t know what changed in one night. We lost today and it makes our position in the group more difficult.”

Benefiting from a rebound in the very last seconds, line player Ellen Marie Folkvord became match winner for Storhamar after a thriller, in which the win could have gone either way.

The high-scoring first half did not really separate both teams, which swapped the lead several times without opening a gap of more than two goals.

Storhamar were particularly successful at making openings for Emilie Margrethe Hovden on the right wing, while Kim Naidzinavicius found resources to be dangerous on her own besides organising Bietigheim’s attacking play.

A handball match isn't over until... Look how Ellen Marie #Folkvord hands @StorhamarElite a late win over @sgbbm in the Women's #efhfcup today 💥 pic.twitter.com/fLBGSwI3xO

In the second half, the attacking players on both sides continued to be more successful than the defenders and the goalkeepers.

During the first 15 minutes after the break, Storhamar got their only three-goal leads, at 23:20 and 24:21. Bietigheim came back, however, and made way for a thrilling finish, where Folvord scored the deciding goal for Storhamar to the delight of the home crowd.