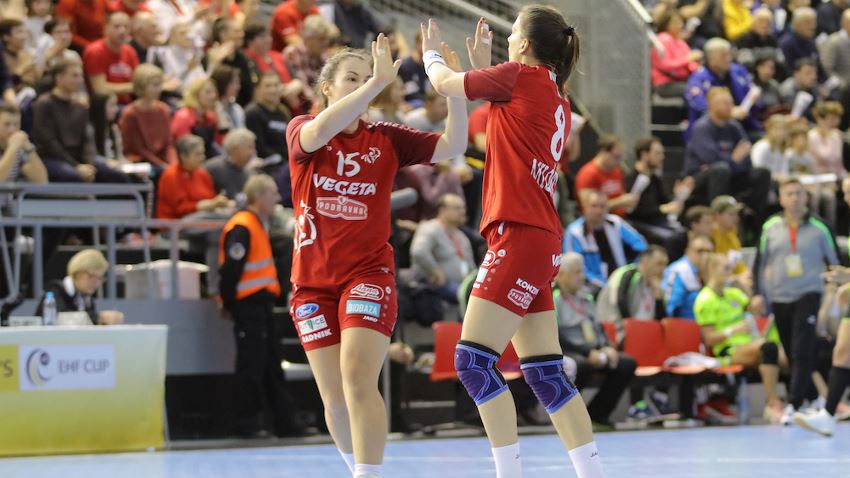 Podravka in control all the way in Cisnadie

HC Podravka Vegeta were always ahead of Magura Cisnadie in Sunday’s opening Women’s EHF Cup clash, ultimately triumphing in Romania thanks to their efficient attack.

Podravka needed to win in Cisnadie in order to stay in the contest for first position in group B.

Head coach Zlatko Saracevic’s squad started strong, scoring from almost every shot in the beginning. Right back Dejana Milosavljevic led the away team’s highly efficient attack, as she netted five times without any miss in the first 15 minutes.

After they fell behind early, the hosts could not reduce the gap before the half-time, as the Croatian club always had an answer. Moreover, Cisnadie’s struggles were amplified by Ada Emilia Moldovan, the home sides’s top scorer in the competition, receiving a red card before the break.

As Magura wanted their first ever points in EHF Cup, they did not give up and stayed close to their opponents. Although Adriana Gabriela Craciun tried to lead her team in a comeback, finishing the match with eight goals, Podravka closed the game confidently.

With this triumph, the Croatian club remain in the race with Siófok for the top spot in this quartet, while Cisnadie’s last position was confirmed.

In the final round, the Romanian side visit Siófok, while Podravka host Kobenhavn.