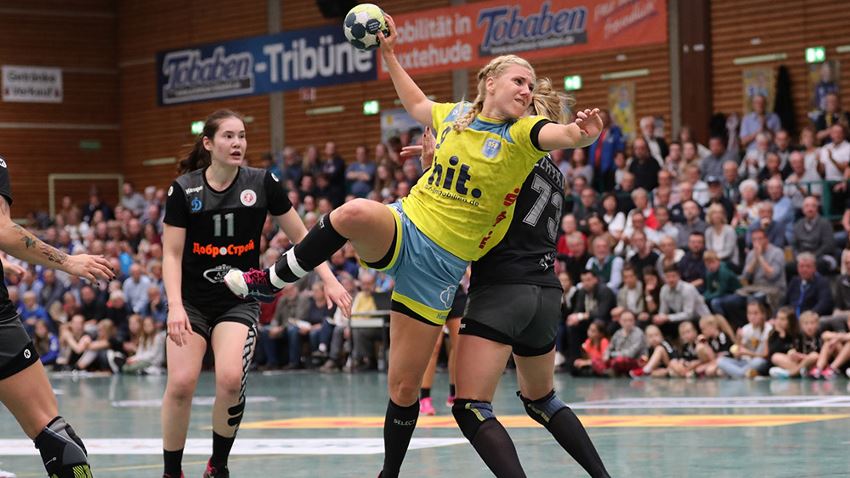 8 months ago - 10/13/2019
Odense won their double header to progress to the next qualification round. In the rest of the second qualification round there were lots of interesting results to reflect on.
Odense first to progress to Round 3
While seven teams, including the current title holders Siofok KC, will enter the Women’s EHF Cup in qualification round 3, Odense became the first side to advance from qualification round 2. The Danish team hosted the only double-header of the weekend against DHC Slavia Praha and came out on top in both games winning 34:25 and 38:14.
Tereza Pokorna did a good job for Slavia, scoring 11 and 7 goals respectively, but her team were not able to truly compete against Odense, who had reached the quarter-final of the Champions League last season.
Big step for Metzingen
Similar to Odense, fellow Danish team Kobenhavn Handball also featured in the Europe’s premier club competition in 2018/19. But now they risk an early elimination from the EHF Cup after losing the first leg match at TUSSIES Metzingen, 22:30. At half-time Metzingen were already up 14:11 and they went on to increase their advantage after the break. Kobenhavn will need a big performance at home in the second leg to turn things around.
Not all German sides were as successful as Metzingen. While Thuringer HC have a fair chance to go through after beating Byasen Handball Elite at home (29:25), Buxtehuder SV will have a mountain to climb in the return match following a home defeat against Astrakhanochka (25:30). The Russian side were down 13:11 at the break, but a strong second-time performance saw them clinch a hard fought victory.
TSV Bayer 04 – Werkselfen also did poorly in the second half against DVSC Schaeffler. At half-time, the Hungarian team led but only narrowly (16:15), after the break their free-flowing attack helped them make a big step towards round 3.
Another Hungarian team, Vaci NKSE, also clinched a home win against Hypo Niederosterreich (26:22). However, nothing is yet certain in this tie, and the four-time Champions League winner from Austria will be hoping for a strong comeback on home court.
Two Swedish-Russian duels
The weekends schedule also featured two Swedish-Russian duels with two very different outcomes. For H 65 Hoors HK, a two-goal home win against Kuban (28:26) hardly guarantees them a place in round 3. The visitors from Krasnodar might have done better, but lost their captain Diana Golub midway through the first half. The right wing received a red card for throwing a ball at the opposing goalkeeper’s face.
The other Russian side, HC Zvezda, can feel quite comfortable following a seven-goal home win against Skuru IK (29:22). The team from Zvenigorod had a slow start, but drew level at 13:13 by half-time, and took firm control of the match in the second half. Eight goals from Victoria Klimantseva made her Zvezda’s best player of the game.
Author: Sergey Nikolaev / JS
Tweet