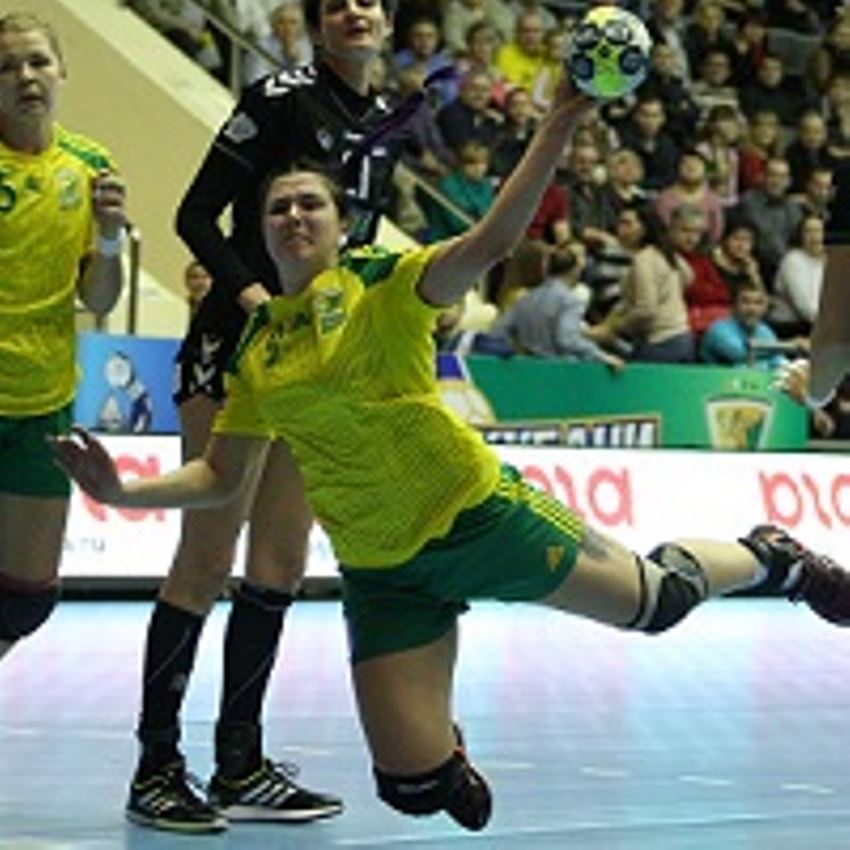 Russian, Danish and Turkish sides through to next round

Four teams are ready for the third and final qualification round of the Women’s EHF Cup following victories in their double headers this weekend.

Kuban did not have much trouble against Serbian side ZRK Medicinar at home in Krasnodar. In front of 1,800 spectators, the Russian team won the first leg on Saturday 33:23, and on Sunday, the home victory was even more decisive – 35:22 in front of 2,000 spectators.

Fellow Russian side Astrakhanochka won both of their matches against Mecalia Atletico Guardes by three goals, recording a 28:25 result on Saturday and a 33:30 victory on Sunday.

Former back-to-back Women’s EHF Champions League winners, Viborg HK, are also in the next round without encountering any trouble this weekend.

On Saturday in Viborg Stadionhal, a venue that has seen many great matches, the Danish hosts won 38:21, thanks in part to 11 goals from left wing Amalie Hansen. On Sunday, Viborg’s victory against NUR HC Mingachevir was even clearer, at 43:15.

“I am particularly glad that our young players did not hold back, but took the chance and produced some fine opportunities, from which they benefitted,” said Viborg coach Allan Heine.

Kastamonu Belediyesi GSK did not qualify for the group matches of the Women’s EHF Champions League, but now the Turkish champions are ready for the third qualification round of the EHF Cup. However, Kastamonu only managed to proceed with a narrow cumulative win against Spanish Super Amara Bera Bera.

In the first leg on Saturday, even 12 goals from centre back Serpil Iskenderoglu were not enough for a home win, as the match ended 35:35. Kastamonu sealed the deal on Sunday, but only through a close 24:22 win.

Kobenhavn Handbold are not in the next round yet, but the Danish team are very close. A 32:23 win away against Cercle Dijon Bourgogne brings last season’s domestic league runners-up extremely close to Round 3 ahead of the return match in Frederiksberghallen in Copenhagen on Saturday.

The Danish visitors were only leading 15:14 at half-time, after being ahead 12:5, so their head coach Claus Mogensen was most content with the last 30 minutes.

“It was nice to see us take control again in the second half, where our defence and our fast breaks improved again,” Mogensen said.

While Dijon may be on their way out of the EHF Cup, another French team are very close to the next round. On Sunday, Issy Paris Hand won 26:17 away against Norwegian side Glassverket, and should be able to finish the job at home on Friday.

A third French team, E. S. Besancon Feminin also have a really good chance to reach the third round. On Sunday, Besancon suffered a narrow 26:27 loss in Denmark against Silkeborg-Voel KFUM.

Silkeborg were leading 9:3 during the first half and 14:8 at half-time, but the home team were not able to hold on to the clear lead and will face a difficult match in Palais des Sports in Besancon on Saturday.

TusSies Metzingen, who reached the EHF Cup Final in 2016, appear to be on their way in the same competition this season. On Saturday night, Metzingen won the first leg of the German derby against HSG Blomberg-Lippe 32:24 and have an obvious edge before the return match on Saturday.

Norwegian team Byasen Handball Elite took a significant step toward the final qualification round on Sunday, as they won 28:18 at home against H. C. Dunarea Braila. 10 goals from centre back Diana Axinte were not enough for the Romanian visitors, who will have a steep mountain to climb on home ground next Sunday if they are to qualify for Round 3.