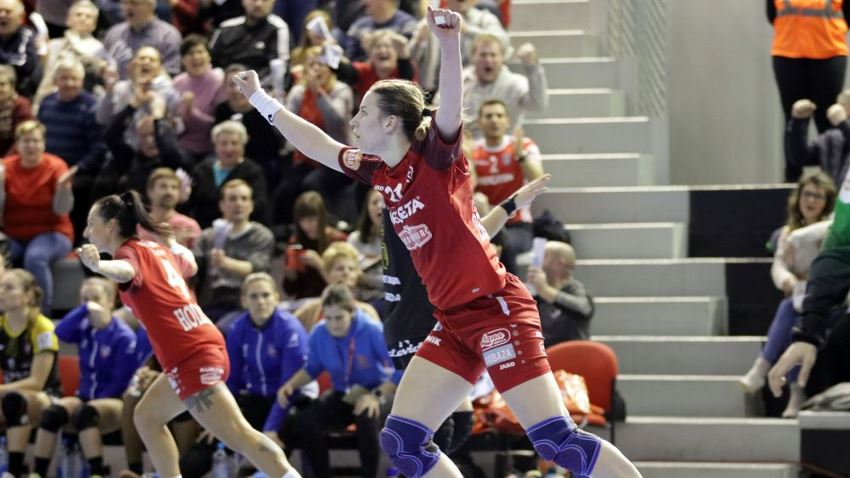 HC Podravka Vegeta were unfortunate to go out of the Women’s EHF Champions League after the group matches, but they are aiming to go far in the Women’s EHF Cup. The Croatian side maintained their perfect record in Group D by defeating SCM Craiova 26:23.

A 32:21 defeat at Bera Bera in Round 2 was a disappointing result for Craiova, and the title holders lost again at home against Podravka, albeit by a smaller margin.

The Romanian side had a good start – and up until the 13th minute, they had conceded just twice to pull in front 4:2. Later they led 8:5, but Podravka’s fast counterattacks helped them to quickly draw level at 8:8 in just three minutes of play, and the rivals were still level at 10:10 at the break.

Serbian left back Jelena Trifunovic, who had played for Podravka between 2013 and 2015, scored four goals for Craiova in the first half. However, she was less productive after the break, adding just one goal to her tally.

Podravka’s Ana Debelic had a bigger impact, finishing with seven goals in the match, as her team controlled the game in the second half and led by several goals most of the time.

Five minutes from the buzzer, the hosts were up 24:20, but Craiova revived their hopes and reduced the gap to 25:23. However, Alena Ikhneva’s goal removed any doubt and sealed the victory for Podravka 40 seconds before full-time.