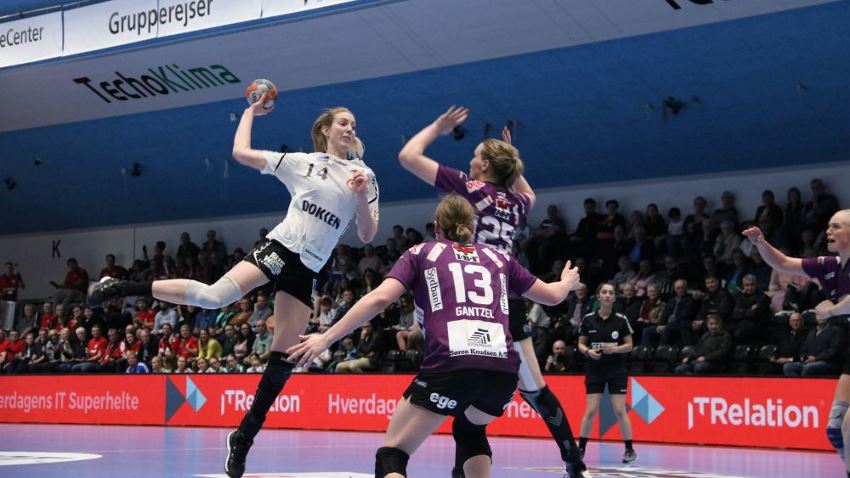 This season's Women’s EHF Cup Final would have been an all-Danish clash if Viborg HK had beaten Siófok KC Hungary by at least five goals. However, a 27:25 win was not enough for Viborg, so the Hungarian team went through.

In the final, Siófok will meet Team Esbjerg, who once again won the Danish derby against Herning-Ikast Handbold, and this time it was by 14 goals (30:16).

After a four-goal defeat in Hungary, Viborg believed in their chances and fought extremely hard at home, but a two-goal win in the second leg was ultimately not enough to advance.

The powerful and ambitious Hungaarian club's ten-match winning streak in the competition was ended, but it did not prevent them from reaching their first ever European Cup final.

As per the first leg, Andrea Kobetic was Siófok’s best scorer, netting eight times. Thanks to her impact, the visitors led by one or two goals for much of the first half before a strong spell helped Viborg to take a 12:11 lead at half-time. 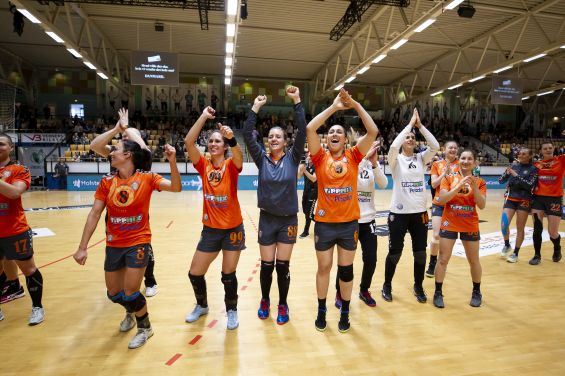 Soon after the break, Viborg increased the margin to 16:13, which put Siófok's ticket to the final in big danger. However, the Hungarian side stabalised the situation as they played some smart counter attacks, and when they netted three times in a row to move the score from 22:20 to 23:22, it looked like the danger was over.

Yet Viborg fought hard late in the game and again created a three-goal gap, 27:24, 55 seconds from full-time. Simone Böhme scored a penalty for Siófok on the last attack and removed all doubt, sealing their place in the final with a two-goal aggregate win.

With a three-goal cushion from the first leg (23:20), Esbjerg were viewed as favourites in the Danish derby, and they lived up to that status in the second match at home.

Estavana Polman, who had scored eight goals a week before, spent the return leg on the bench due to injury, yet Esbjerg did not need her help to claim an emphatic win.

The home side had a nearly perfect first half and led 20:8 at half-time. Even though Esbjerg slowed down after they reached a 28:12 lead midway through the second half, they ultimately cruised to a 14-goal victory.

Esbjerg earned their eighth straight victory in the Women’s EHF Cup and have reached their second ever final in the competition. Five years ago, they lost to Handball Club Lada in the final – but Esbjerg now hope to be more successful in their second appearance.

"We were quick to put European Cup pressure to Herning-Ikast and were great in our defence It was easier to get our goals, especially a lot of contra goals. In some of our other games we had to opportunities to win big – and today we used them, "said Line Jørgensen, Team Esbjerg right back.