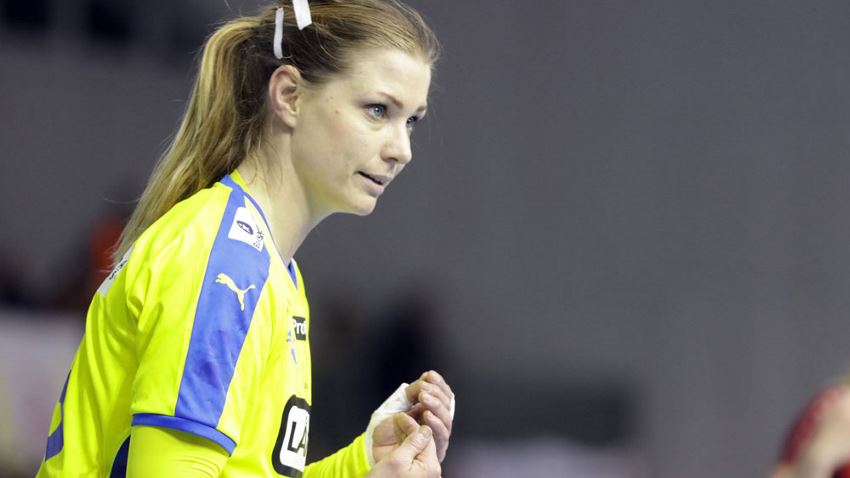 After missing opportunities to book a quarter-final ticket last week, Kuban and Nykøbing had another chance on Saturday, but used them differently.

While Kuban’s draw at Larvik leaves the question of their progression open until Sunday, Nykøbing had a successful voyage to Croatia and can now get ready for the next round.

Both teams had secured their quarter-final spots with one match to go, yet their final places in the group had not been determined. A victory in the Nordic clash would see Storhamar climbing to the top position, yet it was Esbjerg who took the upper hand and thus ended the group phase unbeaten.

Storhamar, who played without Heidi Loke, Moa Fredriksson and Gabriella Juhasz, pulled in front 3:0 in the opening minutes. However, Esbjerg drew level at 4:4, and the Danish team had a slight advantage at the break.

Thanks to fast counterattacks, the hosts pulled clear at 19:12 early in the second half, and the match looked all but decided. Yet in fact it was not, as Storhamar came back after a 5:0 run and were just two goals behind with 10 minutes to go.

However, Esbjerg held their nerve and went on to clinch a five-goal victory. Estavana Polman was their top scorer with eight goals, while Betina Riegelhuth scored just as many for Storhamar.

A win at Larvik would have secured Kuban’s progression, but now their destiny is in Besancon’s hands. A home win on Sunday against group leaders Viborg will see the French team through, while any other result is favourable for the Russian side.

Meanwhile Larvik, who also had a marginal chance for a quarter-final berth, now have to bid farewell to the EHF Cup.

Larvik played their first match under the interim coach Lene Rantala, who took over this week following Geir Oustorp’s resignation. In their turn, Kuban travelled to Norway without the charismatic Evgenii Trefilov, who had been hospitalised due to heart problems.

Under his assistant Denis Saifulin, the visitors had a rather slow start, yet improved their game and went ahead at the break.

By the 40th minute, Kuban pulled clear at 16:12, but Larvik’s goalkeeper Guro Rundbraten then scored a goal before her teammates added four more to take a 17:16 lead.

It was a tense game until the last seconds, and after a series of mistakes by both sides, Mathilde Rivas Toft made it 23:22 for the hosts 25 seconds from the buzzer before Kuban’s right wing Diana Golub drew level with five seconds to go.

While Podravka had already secured the top position in Group D, the second-placed Nykøbing needed at least a draw to seal a quarter-final spot. Winning by three goals, they jumped at the chance, joining fellow Danish teams Esbjerg, Viborg and Herning-Ikast in the quarter-final.

Laerke Nolsoe Pedersen and Dione Housheer shone for Nykøbing, ending up with nine goals each. Pedersen’s impact was particularly valuable late in the game – with two minutes two go, there were still doubts about the result as the visitors led 26:24, but then two goals by the left wing removed all questions.

It was a close match, yet Nykøbing had more motivation, which helped the Danish team to claim two points. Taking the initiative in the first half, they went on to dominate after the break and ultimately took revenge for the home defeat in the reverse fixture (28:24).

Nykobing finish second in the group with seven points, one behind Podravka, making Sunday’s match between Craiova and Bera Bera basically meaningless.