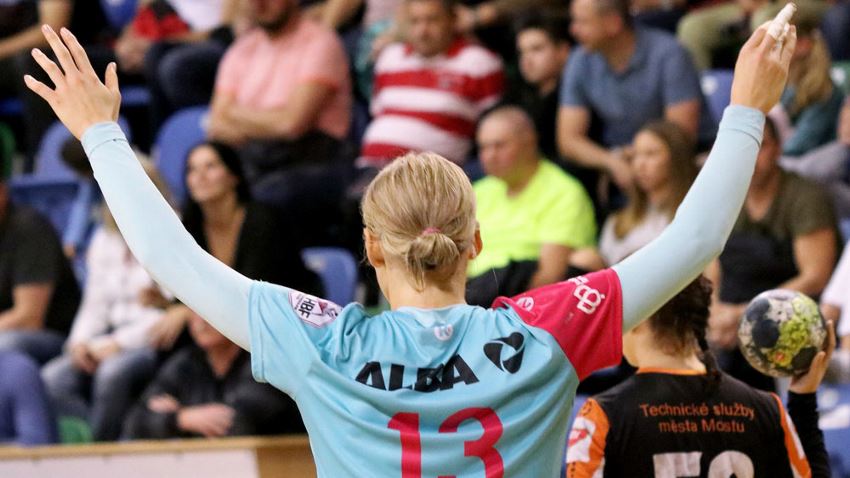 The second leg matches of the Women’s EHF Cup Qualification Round 3 have determined 12 teams who progress to the group stage.

They will be joined by Larvik, Savehof, Podravka and Bietigheim, who will join the EHF Cup after finishing last in their Women’s EHF Champions League groups.

Denmark was represented by four clubs in Round 3, and notably each of them won both at home and away.

Esbjerg’s position seemed shaky following their narrow home victory (29:28) against Paris 92. Yet in France, the Danish side did better and won 31:25 in a match where Sanna Solberg and Kristina Liscevic scored seven goals each.

Nykobing were also uncertain of their progress after winning the Nordic clash against Hoor by just three goals, 27:24. However, in Sweden NFH beat their rival with almost the same score (27:23) and went through.

Herning’s chances looked better following their 22:16 victory against Ramnicu Valcea, and the second leg in Romania confirmed the superiority of the Danish team, who won 21:19 this time.

Finally, Viborg was a safe bet to progress, as they won the first leg against Jagodina 31:16. In Serbia, the Danish team conceded just five goals in the first half to lead 14:5 at the break, and they went on to clinch another 15-goal victory, 26:11.

Following the first leg games at home, none of the three Russian sides could be certain of their progression. Kuban’s chances looked particularly doubtful after a one-goal defeat against Mecalia, yet they became the only representative of their nation to go through.

Diana Golub scored seven times in Spain, where Kuban led 16:11 at half-time and went on to win 33:31, which was just enough for a main round ticket.

In contrast, Zvezda Zvenigorod seemed to have a better chance after winning 29:24 against Magura Cisnadie, but their trip to Romania turned into a disaster.

A 10:10 score at the break still looked favourable for Zvezda, but Magura increased the tempo in the second half. Led by Jasna Boljevic, who netted nine times, the Romanian team claimed a 26:18 victory and reached the group stage.

The clash between Lada and Siofok was open after the Russian team’s 30:26 win in Togliatti. And the Hungarian team, who bolstered their squad before the season, put on an impressive attacking performance to take revenge at home, 37:26.

The current title holders Craiova have also reached the group stage. A 19:17 win at Borussia Dortmund gave them the upper hand prior to the home match, and although the Romanian team did not have an easy time, they won again, 19:18.

Unlike Dortmund, their fellow German side Metzingen were in a strong position after a nine-goal away success against Banik Most. On home court, the “Pink Ladies” slightly struggled in the first half, winning it 15:13, yet they improved afterwards and cruised to a 35:24 victory.