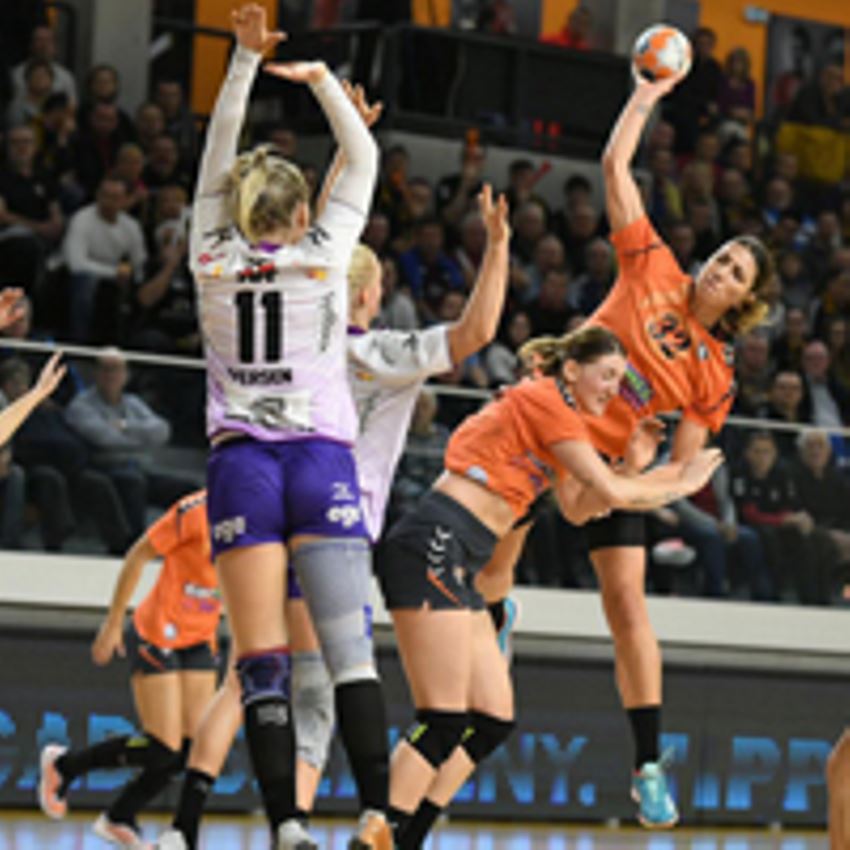 Four more opening round games of the Women’s EHF Cup Group Phase took place on Saturday, and each of them was tight and exciting.

Last year’s title-winners Craiova won at home, as well as ambitious Bietigheim and Siofok, while Kuban claimed two points away at Besancon.

After an early exit from the Women’s EHF Champions League, Bietigheim hope to succeed in the EHF Cup, where they memorably reached the final in their maiden European campaign back in 2016/17.

Against Storhamar the German side were dominant and ultimately clinched the victory, but it was not an easy one.

Bietigheim started well, taking a 4:0 lead, but the visitors drew level at 7:7 and later 11:11. However, the home team had the upper hand late in the first half, which resulted in a 15:12 lead at the break.

In the second half Storhamar fought hard, but Bietigheim kept their three-goal gap intact. Karolina Kudlacz-Gloc and Fie Woller scored seven goals each for the winners, while Betina Riegelhuth netted eight times for the Norwegian side.

Siófok, who are seen among favourites to win the Women’s EHF Cup, had already shown their class and ambitions in Qualification Round 3, where they eliminated the strong Lada Togliatti side.

And again, they showed their high level, with the Hungarian team enjoying a good start in the Group Phase, beating another strong rival Herning-Ikast today with the 33-year-old Croatian left back Andrea Kobetic having a great day, scoring 11 of 25 Siófok’s goals.

It was 3:3 early in the game before Kobetic’s three goals helped the home side to pull clear at 6:3 and just before the break, the Croatian added four more to her tally, contributing to Siófok’s three-goal lead (14:11).

Herning-Ikast fought hard and almost drew level at 16:15, but then the visitors were unable to score for eight minutes and even though Siófok went 18:15 up, their rivals did not give up, but, in the end, the Hungarian team ultimately clinched victory.

“It was very important for to open the group phase with a victory,” said Siófok coach Tor Odvar Moen. “This group will be very exciting, and the key today was our defence with the performance of our goalkeeper.”

While reaching the Group Phase is already quite an achievement for Besancon, Kuban strive to go further, and winning the opening match away in France has put the Russian side in a good position.

The visitors had an excellent start, leading 6:1 just 11 minutes into the game as Besancon looked nervous, making many mistakes. But then the home side improved their attack and started to catch up. Kuban’s advantage shrank to two goals (11:9) by the 20th minute, and the French side went in behind by the same amount at half-time (14:12).

But the break had a refreshing effect on the Russian team, who started to pull clear again, making it 20:14 in the 40th minute. Besancon tried hard to salvage the match, yet with Kuban up 25:20 three minutes from full-time, the outcome was clear.

“Despite the win, we still committed a lot of mistakes,” said Kuban coach Evgeny Trefilov after the game. “Even though the team did the job (overall), they were helped by our goalkeeper with a great performance.”

Besancon goalkeeper Roxanne Frank was left frustrated at the other end. “We committed a lot of mistakes, but I think we could have got more from this match,” she said. “We had a strong, aggressive and vicious team in front of us.”

The Women’s EHF Cup title-holders Craiova lost a number of key players in the summer but are determined to go far in the competition again and in their opening match of 2019, they dominated at home against Nykobing to celebrate a deserved victory.

This season, the Romanians are not prolific scorers, yet a rock-solid defence is helping them to win games, such as in Qualification Round 3, where Bogdan Burcea’s side narrowly beat Borussia Dortmund – 19:17, 19:18.

Today, against Nykobing, just 18 goals were enough for a victory as the Craiova side made a lot of mistakes in attack, but with a strong performance from their Bulgarian goalkeeper Ekaterina Dzhukeva, Nykobing, with just 30% shot efficiency, could only net six times in each half.

Maria Ianaasi and Andrea Seric were Craiova’s best scorers with four goals, while no player could score more than three times for the visitors. 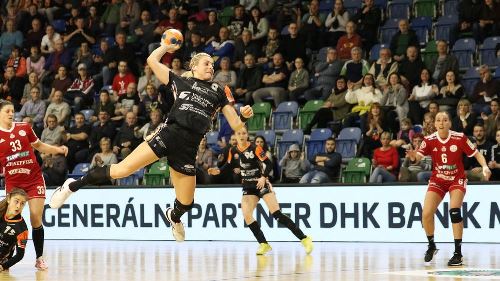 GROUP A REVIEW: Viktoria Oguntoye’s save in the last seconds helped Debrecen to earn a consolation victory against last-placed Most 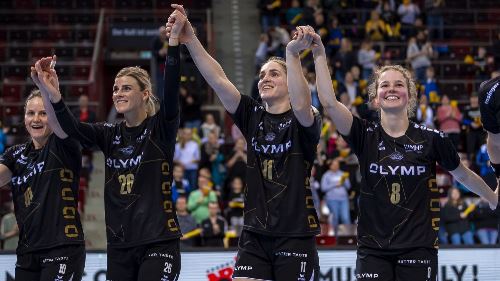 GROUP D REVIEW – A tremendous comeback was close to ending Storhamar Handball Elite advancing to the quarter-final of the Women's EHF Cup, but the Norwegian side lost at the end against SG BBM Bietigheim.