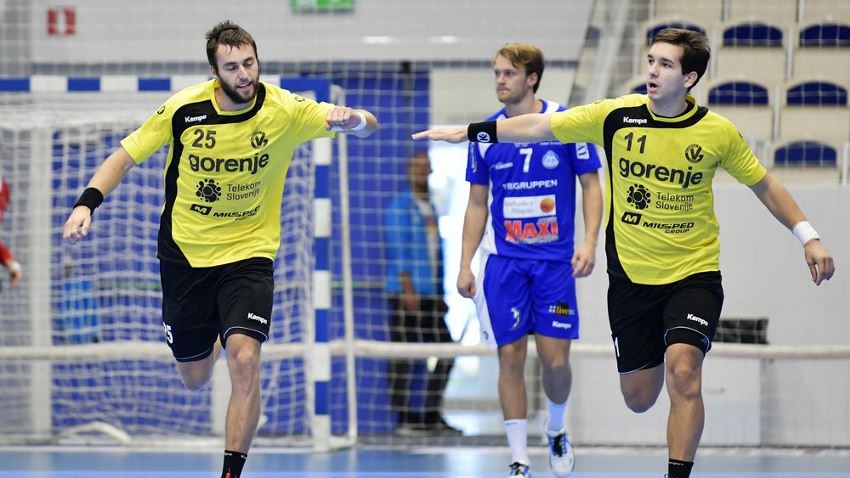 Left wing Matic Verdinek played an important role as RK Gorenje Velenje managed to turn their tie against Alingsas HK around and qualify for Qualification Round 2 of the Men´s EHF Cup.

Alingsas won the first leg at home 26:23, but in the return match in the Rdeca Dvorana, Velenje managed to win 28:22, with 10 goals from Verdinek, and proceed.

Velenje had the upper hand from the start, and it did not take the Slovenian team long to establish a five-goal lead.

At half-time, however, the visitors had brought the difference down to three at 13:10, and for a great part of the second half, Velenje had their trouble shaking their Swedish opponents off.

Towards the end, however, the hosts managed to create a six-goal lead, which was impossible for Alingsas to catch up with.

“We tried everything we could, but they did a better home match than we did,” stated Alingsas coach Mikael Franzén.

Velenje’s win means that Slovenia now have two teams in the EHF Cup, as RD Riko Ribnica will be entering the competition in the next round.

Iceland and Switzerland will have three teams in Qualification Round 2, however.

From Iceland, IBV Vestmannaeyjar are entering the competition in the next round, and this weekend, FH Hafnarfjordur and Selfoss both qualified.

The European debutants from Selfoss had to struggle, though, despite taking a 34:28 lead with them from their home game against Klaipeda Dragunas.

The Lithuanian home team lead by five goals several times in the second half, but they never completely caught up with the six-goal difference.

Selfoss rode the storm and go on to the next round, after narrowing down the deficit to 27:26 on the day, a meeting with Ribnica awaits in the next round. 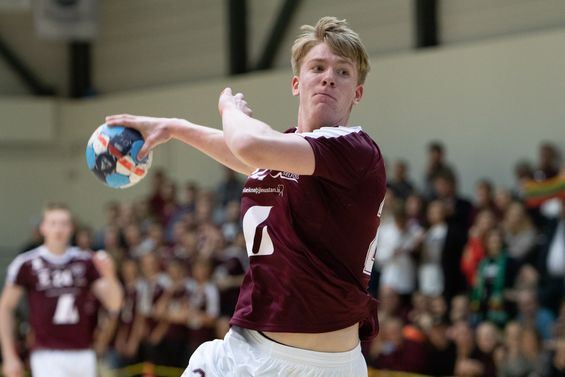 Hafnarfjordur won 33:29 away against RK Dubrava and although the Croatians won 32:30 in Hafnarfjördur, the score flattered them as they only managed to take the lead late in the game.

While Hafnarfjordur meet Portuguese side SL Benfica in Round 2, Croatia will still be represented in the EHF Cup, as RK Nexe enter the competition in the third and final qualification round.

From Switzerland, Pfadi Winterthur meet Danish club Aalborg Handball in Round 2, while BSV Bern and Kadetten Schaffhausen will complete the Swiss trio in that round.

Bern are ready to face Russian HC Spartak after qualifying despite some trouble against Pölva Serviti.

The first leg in Estonia ended in a 26:26 draw, but Serviti held a surprise 16:13 lead at the start of the second half and looked set to be heading for the next round after all.

Bern managed to turn the game again during the second half and claimed a 27:25 win.

Just like Bern, Kadetten had a draw with them from their away game, 25:25 in Slovenia against RD Koper, but the VELUX EHF Champions League regulars left no doubt at home.

Kadetten won 31:24 and are now set for two second round games against Ukrainian outfit ZTR Zaporozhye.

One tie needed a penalty shootout and it took place in the Netherlands.

Austria’s SG INSIGNIS Handball Westwien won the first leg 26:25 at home against Dutch side OCI-LIONS, and at the final buzzer of the return match in Sittard, the scoreboard showed exactly the same digits, but this time in favour of the LIONS.

With the aggregate score all-square, penalties were required to find the overall winner.

OCI-LIONS were slightly better than their opponents from the penalty line and won the shootout 4:3, which sent them on to the second qualification round, where another Austrian team, Alpla HC Hard await.