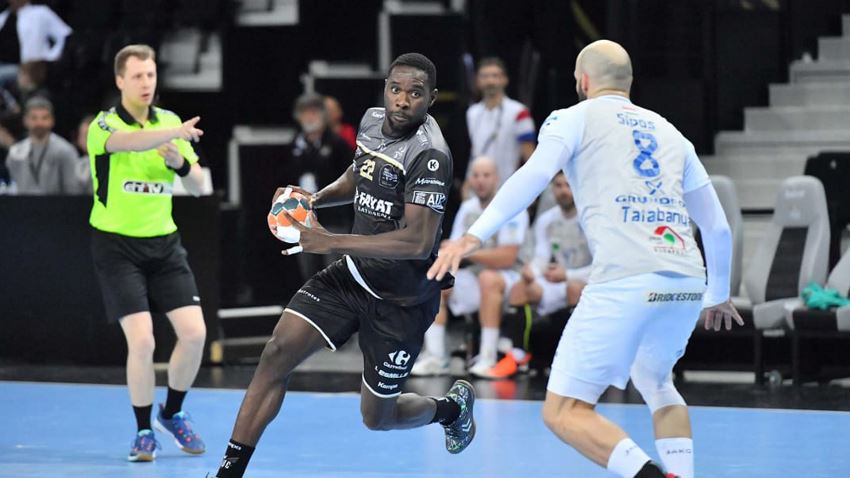 Halfway through the group phase, and before this round, everything remained open for the four teams in group D with Tatabánya leading on four points, two points ahead of PAUC, who were bottom.

A tough contest was expected between these two teams following their first group encounter, which saw the French side four goals ahead before Tatabánya, on home ground, equalised on the buzzer to snatch a 24:24 draw, but this time, the French team made no mistake this time around, winning 26:22.

In their first group encounter, PAUC had started in strong fashion in Hungary and they did exactly the same thing tonight at home with goalkeeper Wesley Pardin conceding just three goals after 22 minutes, proof of the efficiency of his defence.

Down the other end of the court, the team from Aix-en-Provence in southern France were also having trouble scoring, but still, they did better than their opponents. This was largely thanks to Martin Larsen, with the Danish left-hander scoring four times in the first half alone.

And in his wake, PAUC took an impressive advantage on the scoreboard, going back to the dressing room leading by six at the half (14:8).

The second half was quite different though, as Aix were experiencing offensive problems. Ádám Borbély was saving almost every shot thrown in his direction while his teammates József Holpert and Péter Hornyák were using every opportunity to score.

As a result, the visitors came back within one goal with 13 minutes left to play, but they could not even the score up, instead, PAUC stole the momentum again, with the experience from Nicolas Claire.

Scoring three times and delivering two assists in the dying moments of the game, the French centre-back was key for him team, who broke away again on the scoreboard.

One final save by Anders Lynge Hansen, meant PAUC won by four (26:22), to earn their first victory of the group phase.