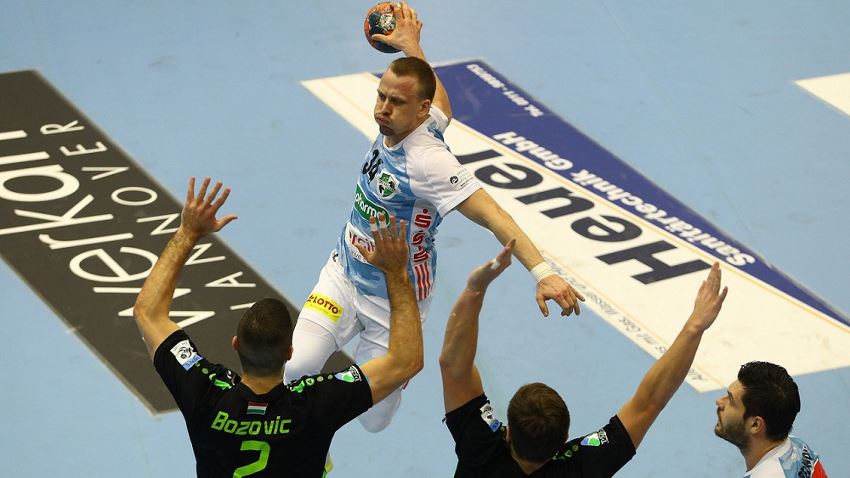 Only one round remains of the Men’s EHF Cup Group Phase 2018/19 - and the thrill could not be greater.

After THW Kiel (Group D) and FC Porto Sofarma (Group C) secured the top spot in their groups, three more participants for the quarter-finals have been confirmed. And four other teams are still in the race for two open spots in the knock-out phase.

As hosts Kiel have already booked their ticket to the AKQUINET EHF Cup Finals, the quarter-finals will consist of three matches - pitting the three remaining group winners against the three best-ranked runners-up.

This means that the season will be over after this weekend for the lowest-ranked runner-up from the four groups.

What we know so far:

Group winners:
Porto in Group C and Kiel in Group D won all five matches so far and have secured the top spot in their respective groups.

Runners-ups:
Only in Group D the second-ranked team has been confirmed: GOG, following their 41:29 win against KS Azoty-Pulawy SA last Saturday.

Quarter-finalists:
Füchse Berlin and Saint-Raphaël Var Handball from Group A, Grundfos Tatabánya KC from Group B and Porto from Group C have already booked their tickets to the quarter-finals. But except Porto, none of the teams know whether they will win the group or finish runners-up, which is important for the quarter-final draw.

What we do not know so far:

Group winners:
In Group A, Füchse and Saint-Raphaël are level on eight points, but the defending champions from Germany have the better head-to-head result (33:29 win at home, 34:31 defeat away). So if both teams are still level on points after Round 6 - with Füchse vs Balatonfüred on Sunday and La Rioja vs Saint-Raphaël on Saturday - the group win will belong to Füchse.

In Group B, Tatabánya conquered leaders RK Nexe’s fortress in Round 5 and put the Croatian side under real pressure. A draw against Eurofarm is already enough for the Hungarian side to finish on top as they won the direct encounters against Nexe and TSV Hannover-Burgdorf. Nexe can only finish on top if they win in Hannover on Wednesday and Tatabánya lose against Eurofarm four days later.

Quarter-finalists:
With only four points and a goal difference of +3, TTH Holstebro in Group C are in the weakest position for a quarter-final berth. They can only proceed if they win against Liberbank Cuenca on Saturday and GOG lose away against Granollers in Group D the following day. If GOG get at least one point, they are through.

In Group B, Hannover (five points) host Nexe (six) on Wednesday for a real do-or-die game. If Hannover win, they go to the quarter-finals; a draw or a victory for Nexe will see the Croatian side advance. A week ago Hannover were close to elimination but their away win against Eurofarm and Nexe’s home defeat against Tatabánya have thrown the group wide open again.