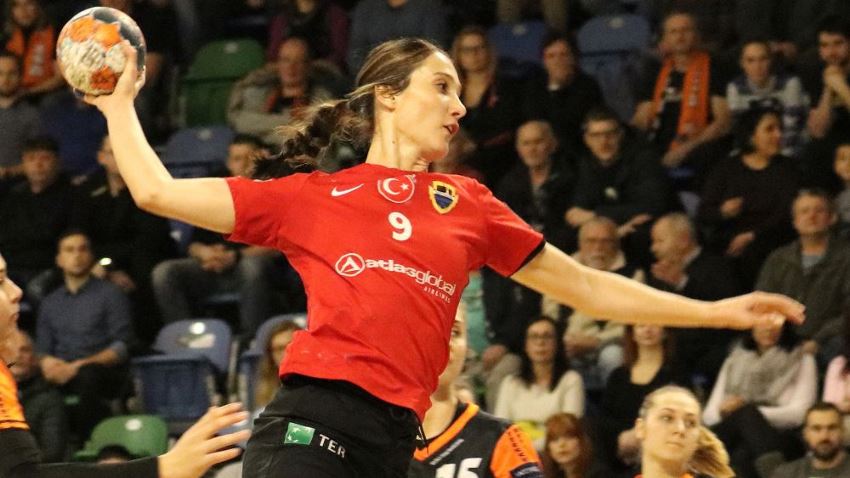 Kastamonu through after thriller in Debrecen

As both DVSC Schaeffler and Kastamonu Belediyesi GSK were level on four points after four previous matches, both teams desperately needed a victory in a crucial match in group A of the Women's EHF Cup, but ultimately Kastamonu snatched a 34:32 win.

It means the Turkish side are through to the quarter-final – Debrecen may still go level with them on points, but Kastamonu have an advantage on head-to-head results as they lost the reverse fixture by just one goal, 31:30.

Three minutes from time, the teams were level at 32:32 – but the goals from Yeliz Ozel and Asli Iskit made the visitors jump for joy after the final buzzer.

Just like the previous encounter between these two teams, in Kastamonu, it was an extremely hard-fought and unpredictable match.

The first half saw an open exchange of goals, with both sides doing much better in attack than in defence.

The home side took the early initiative, and goals by Jelena Despotovic and Anna Kovacs helped them to a 9:5 lead by the 12th minute.

Debrecen continued to dominate and still led by four goals in the 23th minute (17:13), yet Kastamonu’s resurgence late in the first half saw them draw level at 20:20.

In the second half, both teams improved their defence, yet the fight continued to be extremely tight.

DVSC had a slight advantage but could not pull clear by more than two goals, allowing Kastamonu to draw level time after time, and the Turkish team's power and composure in the crucial minutes helped them to claim a much-needed victory, 34:32.