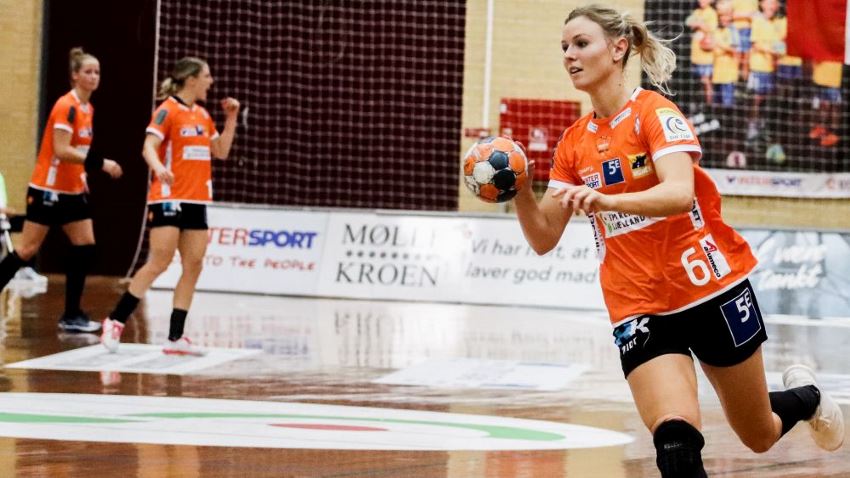 By the smallest of margins, Odense Håndbold snatched a win against Hungarian side ÉRD, 28:27, courtesy of left wing Freja Kyndboel's goal in the last second of the game, to start the Women’s EHF Cup group phase with two points.

In a tight group, every point is important and protecting your home court against a tough opponent especially so.

Despite a slow build-up in their attacks, this is exactly what ÉRD did in the first 10 minutes of the game against Odense, taking a 5:3 lead.

However, a free-flowing Danish side found their form and managed to tie the game, 8:8, despite two of their most trusted backs, Mie Højlund and Stine Jørgensen, combining for only two goals from 11 shots in the match.

As the first half ended in a stalemate, 12:12, no team opened a two-goal gap until the 46th minute, when Odense relied heavily on Nycke Groot to take a 22:20 lead.

Serbian left back Jovana Kovacevic carried the load for ÉRD, scoring five of her seven goals in the second half, and the Hungarian side tied the game again at 24:24 with eight minutes to go.

Ultimately, it was not Groot who decided the game for Odense, but left wing Freja Kyndboel, who scored the winning goal in the last second of the game.

The Hungarian side fought hard for 60 minutes but were left empty handed.

Odense coach Karen Brødsgaard was pleased with her team's composure in the match.

She said: "The game went back and forth, but we manage to stay cool and I think the team as a whole played very well. Everyone fought for this victory, and it was very important for us to have a good start in the group phase.”

Despite the result, Erd coach Edina Szabó was impressed with her players' effort.

She said: "Honestly, any other outcome in the last second would have been better for the team, but there is nothing else we can do now. In spite of this loss our players left everything out on the field, battling through adversity, and it was great to see that."