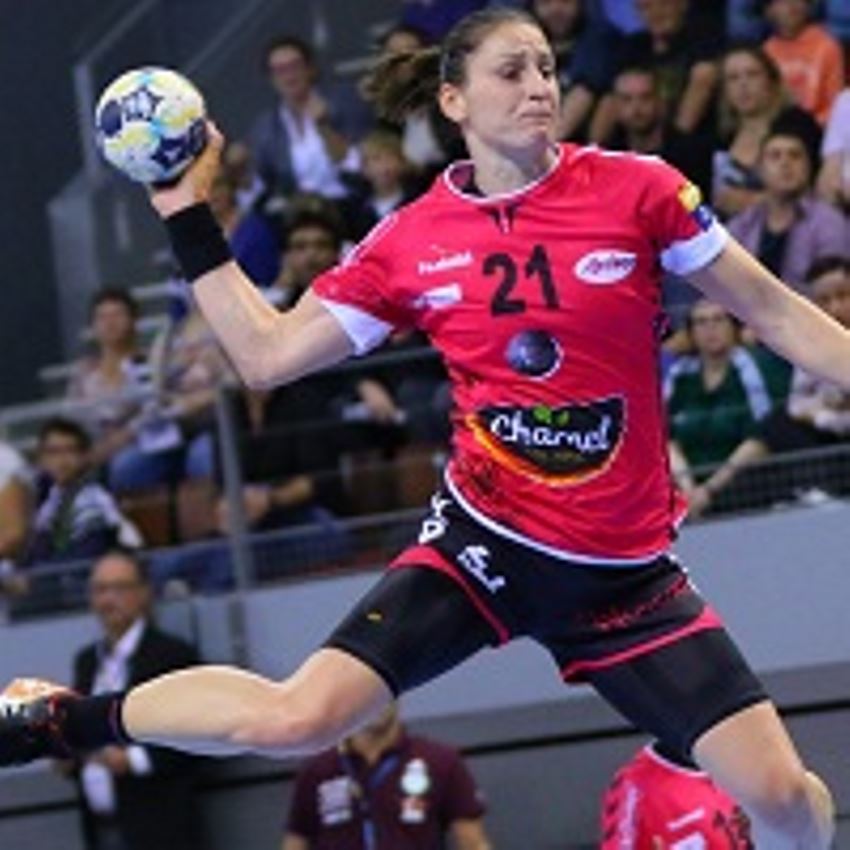 While Lada, Vipers, Kastamonu, Viborg, Larvik and Zalau had all claimed their Women’s EHF Cup Quarter-final berths, nothing in Group A was clear until the last day of the phase, as Brest, Kuban and Craiova all entered the round level on six points.

A victory at Randers was enough for SCM Craiova to qualify for the next stage, while Brest Bretagne Handball claimed their ticket following a victory against direct rivals Kuban.

• Norway and Romania will be represented in the quarter-finals by two teams
• Denmark, Russia, Turkey and France count one quarter-finalist each

Craiova went into the match knowing that a victory in Denmark would secure their quarter-final spot. While the visitors lacked consistency throughout the game, they ultimately reached their goal and followed the example of fellow Romanian team Zalau, who progressed to the quarter-finals from Group D.

Craiova stunned bottom-ranked Randers from the opening minutes, taking an early lead at 7:1, then 11:5. The Danish side had nothing to fight for and missed a few key players, yet they showed character and slashed the gap to 12:11 before the visitors pulled ahead to lead 17:14 at half-time.

In the second period, Craiova created a clear gap at 24:18, but the home side, who played seven-against-six in attack throughout the game, did not give up and reduced the gap once more.

However, SCM held their nerve late in the match and claimed the precious two points, along with a quarter-final berth.

“We failed to play well for 60 mintues. Our European adventure is over,” Randers centre back Cecilie Hansen expressed her disappointment following the loss.

For either side, a win would have secured the quarter-final spot. However, Brest were seen as favourites – they were playing at home, and even a draw would have been enough for the French team after they defeated the Russian side away in Krasnodar in Round 2.

On Sunday afternoon, the home side cruised past Kuban once again. Even in the hard-fought first half, Brest had the upper hand and were in good spirits when they led by three goals at the break (12:9).

"We had a bit of tension. It was the first decisive game of the season for us and we never know how it's going to be," said Brest coach Laurent Bezeau. "I thought we were stronger than Kuban because we won the first match. The gap could have been bigger."

In the second half, the French team improved further and took full control of the game. Kuban’s defence failed to control Amandine Tissier, Pauline Coatanea and Marta Mangue, and Brest’s advantage grew with almost every minute.

Eight minutes from time, the score line reached double digits at 25:15, and while the home crowd celebrated Brest’s success, Kuban were forced to say goodbye to the EHF Cup 2017/18.

"I congratulate Brest. The team were very serious and well organised," said Kuban coach Evgeny Trefilov. "Brest were stronger than us and, for the moment, we are not ready to face such strong teams."