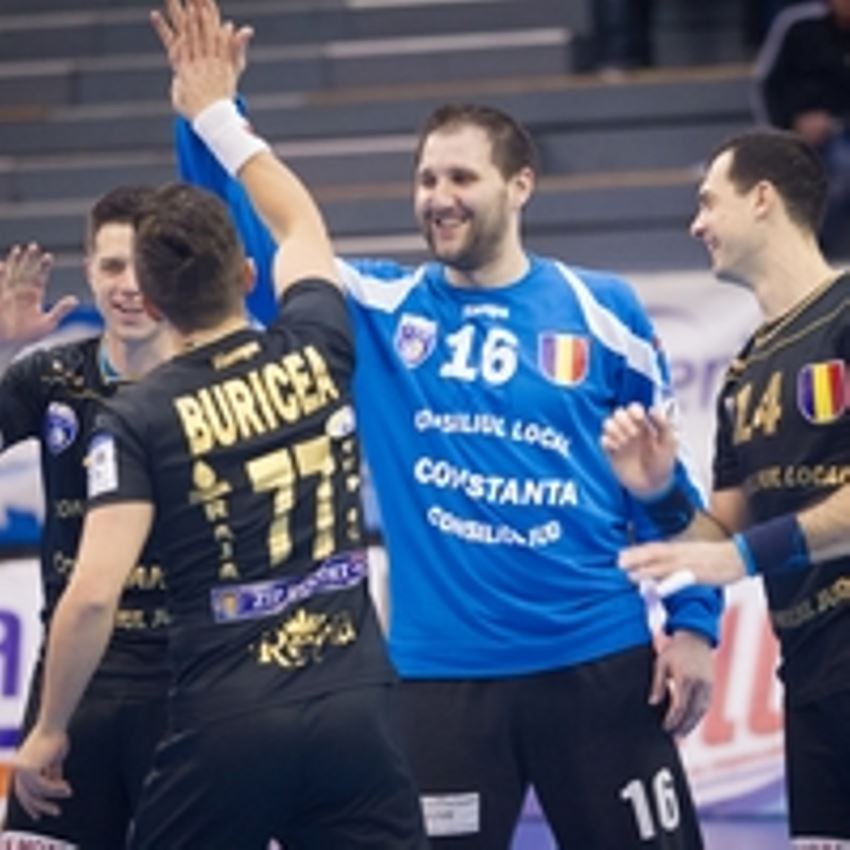 HCM Constanta and Team Tvis Holstebro drew 34:34 in the very last match of the Men’s EHF Cup Group Phase Sunday morning, after Constanta had been leading by seven goals

The last match in the group phase was without importance with regard to the quarter-finals.

Team Tvis Holstebro were already certain of qualification for the quarter-finals as group winners, while all Constanta could hope for, was to avoid finishing last. The Romanian champions achieved just that through the draw.

Constanta were the far better team in the first half, where the home team were leading by seven goals several times before being six up at half-time.

After the break, an aggressive Holstebro defence and a following series of counter attacks brought the visitors back into the game and saved them a point.

With all matches in the group phase played, the facts are that Füchse Berlin, as organisers, are directly qualified for the EHF Cup Finals, while HSV Hamburg, Gorenje Velenje, Team Tvis Holstebro, Skjern Handbold, MT Melsungen and Eskilstuna Guif are ready for the three quarter-finals.