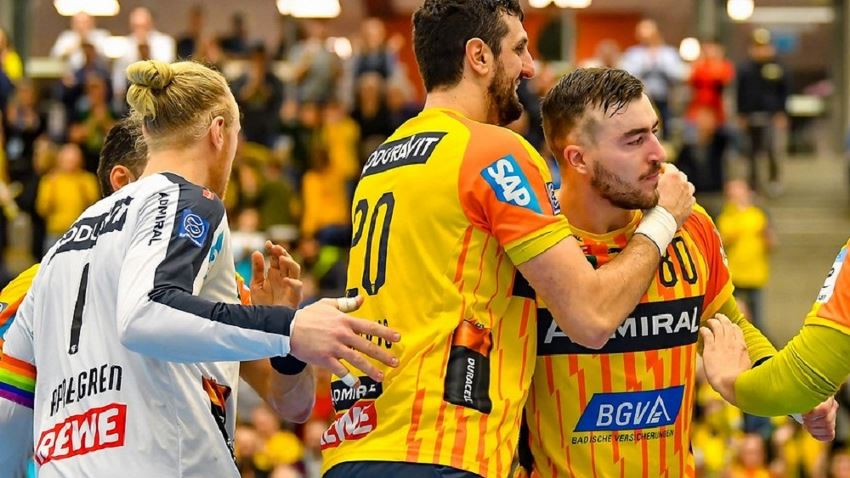 Only three days after their 33:28 away win at Cuenca, Rhein-Neckar Löwen beat the Spanish side again in the Men’s EHF Cup group phase on Wednesday night.

Led for the first time by new coach Martin Schwalb, who won the VELUX EHF Champions League in 2013 with HSV Hamburg, the Löwen impressed with a 36:25 win.

He had not yet trained with the team and had only had one meeting with the players right before the match. Still, this was enough for Martin Schwalb (56) to steer Rhein-Neckar Löwen to a clear 36:25 victory in their fourth EHF Cup group match against Liberbank Cuenca on Wednesday night.

“Assistant coach Michael Abt and team manager Oliver Roggisch did all the preparation, so the applause is for them,” said the new Löwen coach, who returned to coaching after a six-year break. “But I am extremely happy to start like this, this was a boost.”

On Sunday, Abt and Roggisch were on the bench after coach Kristjan Andresson had been sacked by the EHF Cup winners from 2013 - the same year when Schwalb led HSV Hamburg to the Champions League title.

Without injured team captain Uwe Gensheimer, who walked on crutches, and defence ace Ilija Abutovic, Löwen showed a flawless high-speed performance. After a quick 3:0 lead, they were close to earn a double-digit lead even before the break when going up 19:10.

Still, they became the first team in the current EHF Cup group phase to score more than 20 goals in the first half (21:13).

The Löwen’s hunger was not yet stilled. Boosted by the counterattacks of Jannik Kohlbacher and Patrick Groetzki, the outstanding match play of Andy Schmid and the saves of goalkeeper Andreas Palicka, they left Cuenca without a chance.

The 10-goal margin was first reached in minute 45 with the scoreboard displaying 28:18. The match, obviously, had long been decided by then.