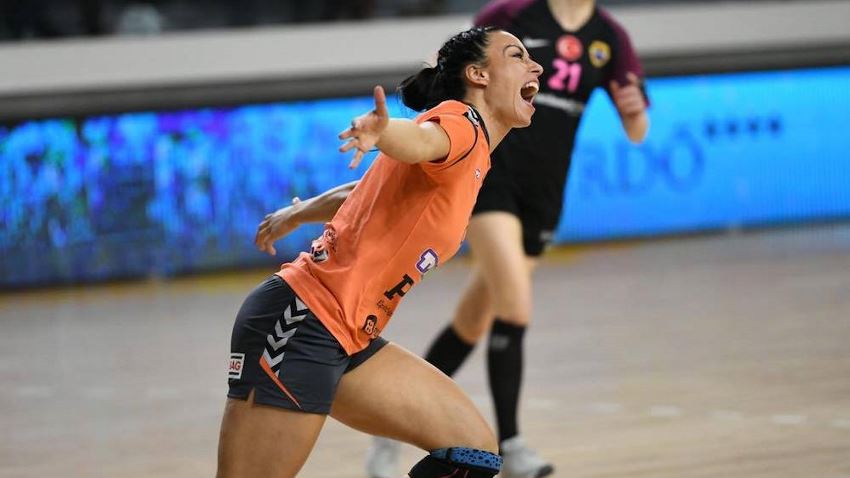 Title holders Siófok KC Hungary became the first to secure a spot in the semi-finals of the Women’s EHF Cup when they beat Kastamonu Belediyesi GSK 40:20 in the second-leg quarter-final on Saturday evening.

The Hungarian side demonstrated their power, defending their advantage from the first leg to take an aggregate result of 78:49.

Kastamonu’s dream of repeating their achievement of the 2017/18 season, when the Turkish team surprised and reached the Women’s EHF Cup semi-finals, was ended early by Siófok KC.

After Kastomonu’s nine-goal home defeat in the first leg, they were beaten by the title holders in another rather one-sided game.

“We played very well today. Dictated a high tempo, played good in every element of the game,” said Siófok coach Tor Odvar Moen. “We are more than happy to be in the semi-final. Let’s see who will be our opponent. It's a very important competition for us and also for our fans.”

Siófok copied the first half from the opening leg, putting on an impressive, dynamic and uncompromising performance. The hosts led 19:10 at the break, but they had already doubled the aggregate advantage against the Turkish team 20 minutes into the game.

Siófok exploited every mistake their opponent made throughout the first half, resulting in a number of fast break goals. Wings Simone Böhme and Hársfalvi had scored five and six goals within just 30 minutes.

In the second half, Siófok experienced a rollercoaster, as they were not able to score any goals for four minutes, allowing their rivals to cut the deficit somewhat. Kastamonu came from 23:11 to 23:15.

However, this interlude ended with a final power demonstration from Siófok, as an 8:0 run clearly decided the game – which ultimately transformed into a goal fest as the 40:20 final result suggests.

The Turkish side say farewell to this season’s European cup competitions after showing their strength in the Champions League qualification tournament and during the EHF Cup group phase.