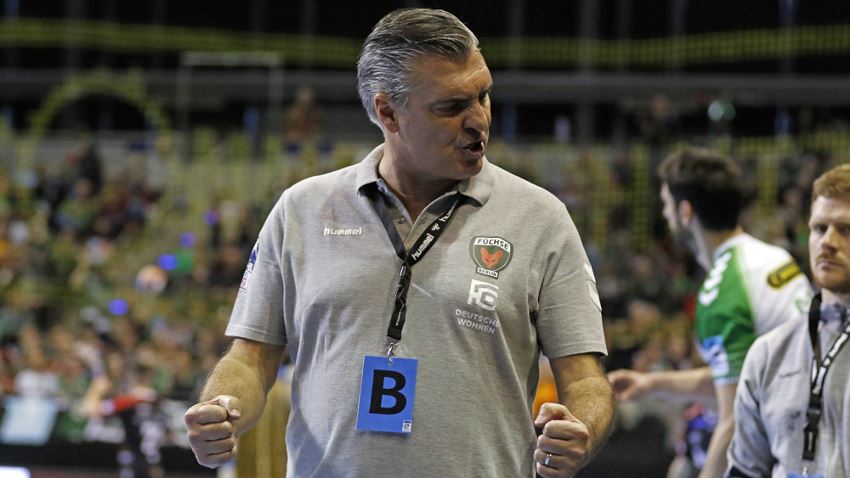 After a draw against Grundfos Tatabánya KC and a defeat at BM Logroño La Rioja, Füchse Berlin are back on track in the Men’s EHF Cup.

In the first match under new interim coach Michael Roth they, won comfortably in the rematch against La Rioja.

After Martin Schwalb at Rhein-Neckar Löwen and Gudmundur Gudmundsson at MT Melsungen, Michael Roth followed on Sunday with Füchse Berlin.

After the hosts of the 2020 EHF Cup Finals had taken only one point from the last two EHF Cup matches, they sacked Velimir Petkovic – but Roth came in and steered the 2015 and 2018 EHF Cup winners back to winning ways.

Initially it was a tough piece of work to take revenge for the 26:25 defeat last week at Logroño and to continue the series of unbeaten home matches in EHF Cup since February 2018.

La Rioja started stronger and shocked the fans in the almost sold-out Max-Schmeling-Halle with a 12:7 advance by the 20th minute.

Despite this healthy lead, it became a turning point of the match for the home team as Berlin increased their attack efficiency, strengthened their defence and went on an 8:2 scoring run to put them up 15:14 at the break.

Until the 48th minute, at 24:21 in favour of Berlin, the match was quite close, but the Spaniards did not endanger the hosts anymore, who were missing the injured, key players Fabian Wiede, Dejan Milosavljev, Mattias Zachrisson and Paul Drux.

In the last 12 minutes, Berlin made their fans happy by a strong performance and a goal festival to win by seven, 33:26.

“Everyone saw how tough it was after the last two games and this match was very important for the whole club,” said new coach Roth after the match. “In the first 19 minutes we had big problems, but after that, some of our guys gave the power to the whole team.

“The performance in the second half was great, and now we look forward to our next challenge.”