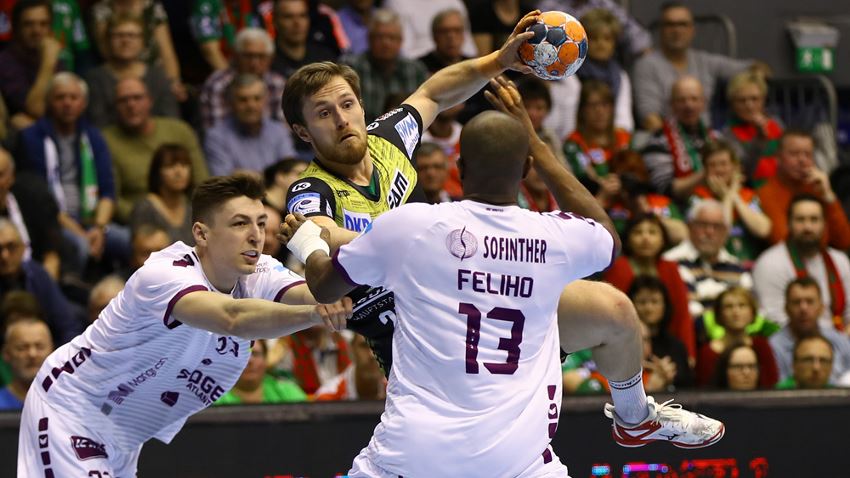 Quarter-final door opens for Magdeburg thanks to 10 Damgaard strikes

Left back Michael Damgaard Nielsen was again the hero for SC Magdeburg as the Danish World and Olympic champion struck 10 goals to secure a second victory for his side against HBC Nantes this Men’s EHF Cup Group Phase, to continue their perfect, 100% record, after four matches.

Like their first match in the Men’s EHF Cup Group Phase, which SC Magdeburg won 31:28 in Nantes, this rematch was a close and tight affair. Up to their 9:8 advance, the French visitors were on top, but then the hosts took the upper hand thanks to important saves from goalkeeper Jannick Green.

At the break (16:12) Damgaard had already netted six times, and Magdeburg seemed to fly on the wings of that success at the beginning of the second half, when they pulled ahead to their first five-goal gap at 25:20. Damgaard’s last strike, putting him into double figures, saw the healthy difference continue, at 28:24 six minutes before the end, and all seemed to be quite comfortable for the home side.

But Nantes struck back and managed to reduce the gap goal by goal – mainly through Minne’s strikes – and were close to shocking the vociferous home support as they nearly turned around the match around in the final minutes, finding themselves down by just one (28:27, 29:28).

However, time was against the 2013 and 2016 Men’s EHF Cup finalists as, despite being in possession of the last attack, the three-time EHF Cup winners wound down the clock, choosing to keep the ball, one goal up, rather than risk losing the ball, the win and the two points.

“I’m more than happy that we won today,” said Magdeburg coach Bennet Wiegert. “If someone had told me we would have eight points after this match, I would have known how special this is. Nantes are a strong team and it makes me proud that we were able to beat them for the second time.”