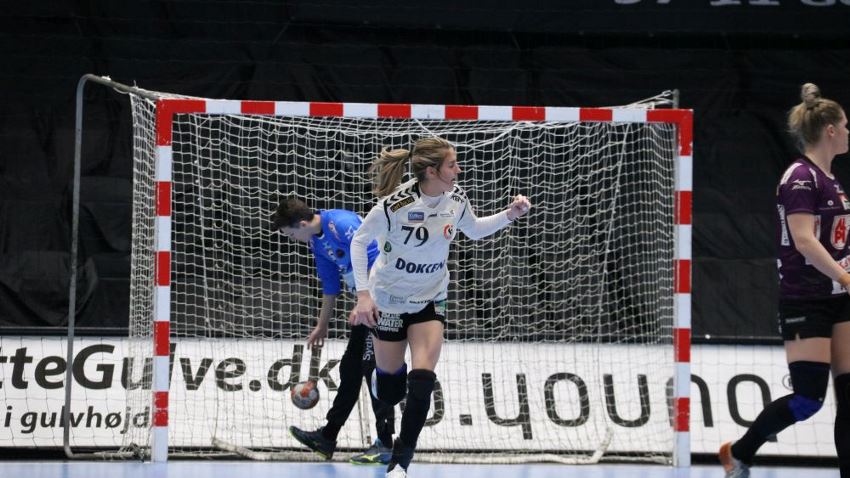 Siófok KC Hungary are the only non-Danish team remaining in this season’s Women’s EHF Cup, and a 28:24 home win against Viborg HK in the first leg of their semi-final has given them a reasonable chance to reach the final, although nothing has yet been decided in this tie.

In the Danish derby, Team Esbjerg claimed a 23:20 victory away at Herning-Ikast Handbold, which gives them the upper hand before the return leg next Sunday.

Both sides had boasted long winning runs in the current competition – starting from the qualification, Siófok had claimed nine straight victories, while Viborg had won 14 consecutive matches. On Saturday, Siófok extended their streak, ending Viborg’s own run in the process.

Viborg led 2:0 early in the game, but Siófok– who were supported by the local crowd – responded and levelled very quickly. For much of the first half, it was a close match, with both teams squandering chances. But thanks to Silje Solberg’s great game in goal, the home side cruised to a three-goal lead (15:12) at half-time.

Viborg had many suspensions and lacked efficiency in attack, allowing Siófok to increase the gap to 17:12 six minutes into the second half. Solberg continued to make saves, while Andrea Kobetic, Estelle Nze Minko and Mireya Gonzalez were productive in attack – and the Hungarian team continued to pull clear of their Danish rivals. 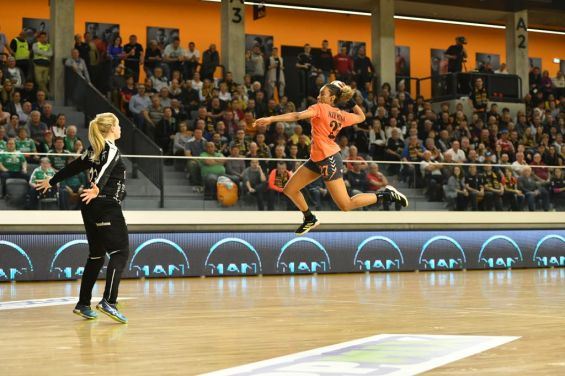 Six minutes from full-time, the score was 26:18, but Viborg had a strong finish and cut the deficit to 28:24. Although Siófok won the match and will carry a four-goal lead into the second leg, their late slip has given Viborg a chance to turn things around at home next Sunday.

Tor Odvar Moen, Siófok KC coach said: "It was a tough match, we could have won by more, but in the end we made some stupid mistakes. We need to learn a lot from this match, and If we will, we will qualify."

Jakob Vestergaard, Viborg HK coach said: "The feeling in the arena was wonderful. The last 10 minutes was ours. We could close the gap and because of that we will have some chance to qualify. We are waiting for the next week."

Esbjerg had won all seven of their most recent matches against fellow Danish team Herning-Ikast, including the Danish league game last Wednesday. That gave the visitors a psychological advantage before the EHF Cup Semi-final, and Esbjerg won once again, taking a big step towards the final.

It was a game in which both sides defended better than they attacked. The competition’s top scorer Helene Fauske added just four goals to her tally, yet she ended up as Herning-Ikast’s top scorer in this match.

Esbjerg had a slight advantage throughout the first half, and their two-goal lead (12:10) seemed quite logical at the break.

Soon after the restart, the hosts drew level at 12:12, and a close game continued for a long time. With ten minutes to go, the rivals were still tied at 16:16, but Estavana Polman then scored three goals in the next five minutes, propelling Esbjerg to a 20:17 lead.

In the closing minutes, Esbjerg maintained a three-goal advantage to win 23:20 and are favourites to progress ahead of the second leg at home.