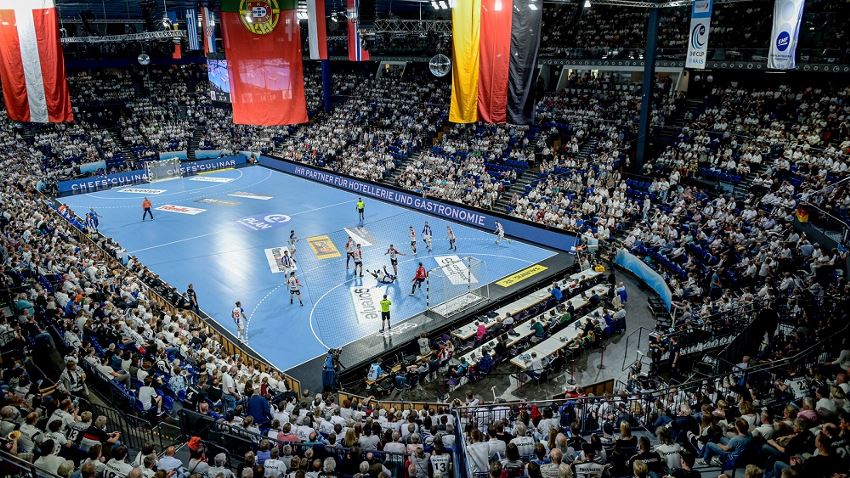 The AKQUINET EHF Cup Finals have been something like a home match for Uwe Schwenker. The long-term THW Kiel player, who later became manager at the club, has been president of the DKB Handball-Bundesliga since 2014.

In various positions Schwenker is also part of the development of the European Cup competitions.

After this weekend’s AKQUINET EHF Cup Finals, europeancup.eurohandball.com talked with Schwenker about his resume of the event in Kiel, Germany’s dominance in the Men’s EHF Cup, the finals tournament format, and the prospect of German teams qualifying for the VELUX EHF FINAL4 in Cologne again in years to come.

europeancup.eurohandball.com: The finals tournament of the EHF Cup took place in Germany for the fifth time. What is your conclusion of the event in Kiel?

Uwe Schwenker: Germany is well-known for organising such tournaments as previously Berlin, Göppingen and Magdeburg have already proven. In Kiel the atmosphere was unbelievable, just like at the World Championship it was obvious that Germany is a handball-crazy country. And like at the World Championship, not only the host’s games were sold out in Kiel but all. The same will happen at the VELUX EHF FINAL4 in Cologne, where the hall will be full, although for the third time no German team is part of the event. The fans just want to see good handball and they have been rewarded in Kiel.

europeancup.eurohandball.com: For the 20th time in 26 years, a German team has won the EHF Cup. What do you say about this dominance?

Uwe Schwenker: The EHF Cup is truly a German domain. And for Kiel, it has been the claim and ambition since the start of the season to win this title. But in general, of course, it is the ambition of the Bundesliga sides to be back in Cologne. You can discuss what the reasons are but I am sure that in the near future we will see German teams in Cologne again which can aim for the Champions League title. From 2012 to 2014, three different Bundesliga teams won the Champions League, then they talked about German superiority and now things are looking different. But that will change again.

europeancup.eurohandball.com: The German cup in Hamburg, the AKQUINET EHF Cup Finals in Kiel, the VELUX EHF FINAL4 in Cologne - the four-team final tournament format has prevailed.

Uwe Schwenker: Definitely. It is the event character mixed with top games within 24 hours. That format has proven itself in Hamburg, Cologne and at the EHF Cup Finals. And what you have to mention about the tournament in Cologne: thousands of fans from all over Europe are celebrating peacefully together, they are fraternizing, they are cheering together without the need for a lot of police. As handball stands out from other sports clearly, this is a terrific weekend.

europeancup.eurohandball.com: But most of them are still fans from Germany…

Uwe Schwenker: … yes, but it is about 50 percent, in the past that was more. For example, THW’s claim to be there permanently unlocked the potential for big fan crowds. That’s why I hope that Flensburg or Kiel will be back in 2020 as well.

europeancup.eurohandball.com: How do you currently evaluate the relationship between the EHF and German Bundesliga?

Uwe Schwenker: Even though we pursue different interests in specific areas, we always have a positive cooperation for the benefit of handball. You have to have the necessary understanding for the other side, for example that Germany is indeed an important market for the EHF, but that the EHF is responsible for all clubs and federations throughout Europe. The EHF needs to ensure that handball is growing everywhere in Europe, so all sides must be ready to compromise.