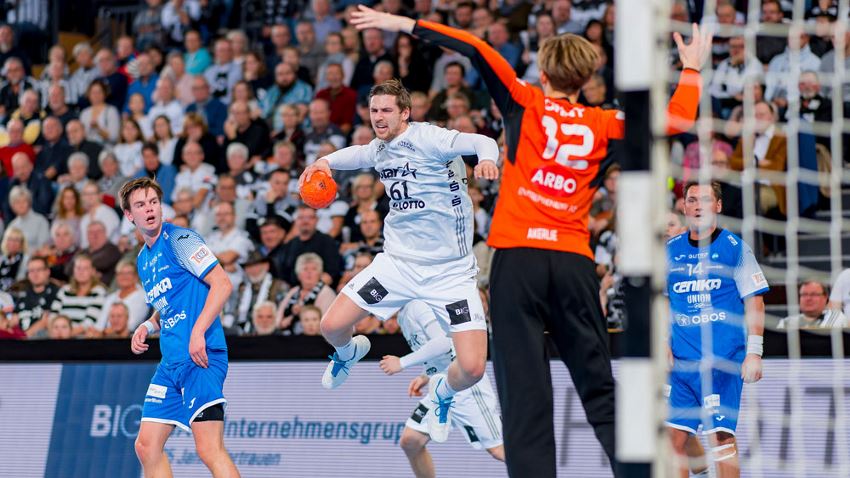 A total of 6,865 spectators, the highest attendance ever at a qualification match for the Men’s EHF Cup Group Phase, saw THW Kiel take a major step forwards through a strong second half in the Sparkassen Arena on Sunday afternoon.

Kiel were only leading 16:14 at half time against Drammens HK, but by scoring the first six goals in the second half and thereby increasing their lead to 22:14, they removed any doubt about the outcome.

The Norwegian visitors never came back in the match, in which Kiel could then cruise to a 34:23 win, which sent them close to the group phase.

“In the first half, we ran into one fast break after the other due to our own mistakes in the attack.

“In the second half, on the other hand, did we play fantastic defence, and that was the key to the win and the reason, why we can now take a considerably lead with us to Drammen,” said Kiel coach Alfred Gislason.

Two other German teams are up against Portuguese opposition in Qualification Round 3.

12 goals from the Danish playmaker Morten Olsen played a certain part, as TSV Hannover-Burgdorf won a high-scoring game 41:36 at home against SL Benfica.

Considering the fact that Hannover were leading 26:18 at half time, the home team were not quite content.

“We missed the opportunity to take a bigger win,” said their Spanish left wing Cristian Ugalde.

SC Magdeburg had even more trouble with their Portuguese opponents.

The current number two in the Bundesliga won 26:23 at home against Futebol Clube do Porto and may have to worry about their group phase berth before going to Porto for the second leg next Sunday.

Some 5,000 spectators in the Getec Arena saw Magdeburg lead 20:13, but the home team were not able to hold on to the clear lead. 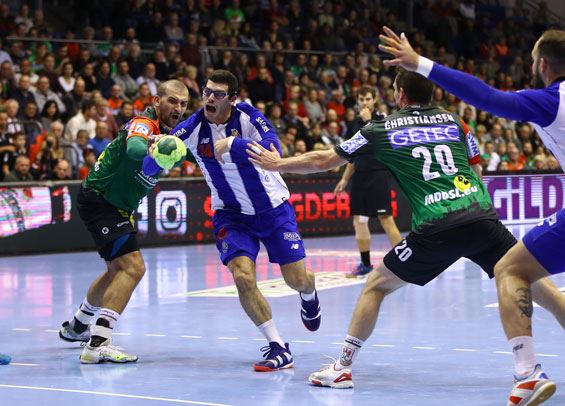 For Danish club handball, it was a good weekend, as the three teams from the Scandinavian country got five out of six points in the first leg.

It has to said, though, that it was a depleted Füchse outfit who appeared in the Jutlander Bank Arena of Aalborg, and the Danish team may have trouble holding on to the two-goal lead when visiting the Max-Schmeling Halle next Sunday.

GOG are not likely to have that problem after winning 32:27 away against Vojvodina.

About 50 GOG fans among the spectators in Novi Sad celebrated with their players, as the visitors increased a 13:12 half time lead to a five-goal win at the end.

Danish Cup winners TTH Holstebro could fly home from France with a positive feeling despite being the only Danish team who did not win this weekend.

Holstebro still have a very good chance to reach the group phase after drawing 25:25 against PAUC in Aix en Provence.

PAUC, who are debutants in Europe this season, were leading 13:12 at half time, but as Holstebro won the second half with exactly the same digits, the draw was a fact.