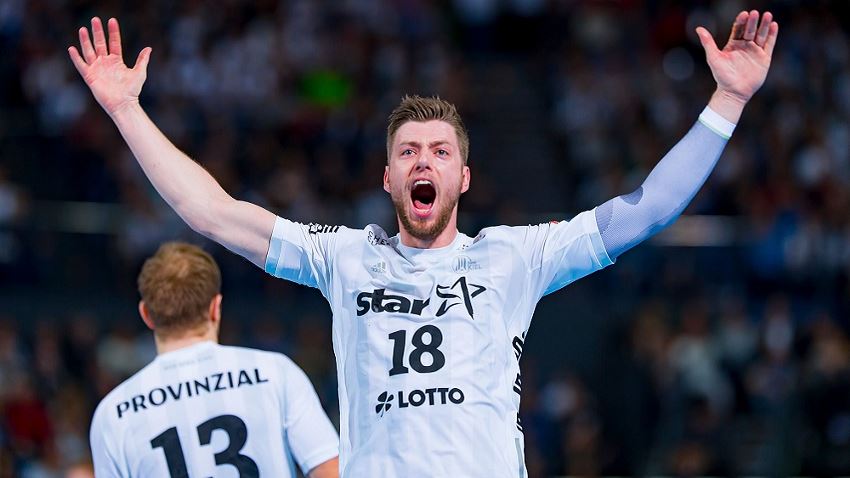 The ‘Zebras’ are the top hunters

For almost 20 years, the answer to the annual question was quite easy to give: Of course, THW Kiel are the major Bundesliga favourites. The German record champions always had the best squad, the biggest budget and the so called ‘winners’ gene’.

But things have changed. Kiel have not been German champions for three years, and only a single Cup winners’ silver plate was added to their cabinet in that time. Rhein-Neckar Löwen were German champions twice and SG Flensburg-Handewitt won once. The 2017/18 season saw the lowest low for the ‘Zebras’ as, for the first time in 15 years, they did not qualify for the EHF Champions League. Now, they will start in the EHF Cup.

Despite all those setbacks, Kiel are the major favourites in the upcoming Bundesliga season, which starts on Thursday. Almost all coaches named Kiel as the top contenders, followed by runners-up and Cup winners Rhein-Neckar Löwen. And the defending champions Flensburg? Not a single vote.

Flensburg lost six key players, including both goalkeepers, both playmakers and two line players. “We are definitely not the favourites this season, as we are in full transition,” says Flensburg coach Maik Machulla, who made magic last season as he steered Flensburg to their second Bundesliga trophy after 2004 – in his first season as a coach.

Machulla estimates Kiel to be the strongest team: “They are balanced, they are well-rehearsed, and they want to gift their coach Alfred Gislason at least one trophy in his last season.” After 11 years with Kiel, the Icelandic, who is the most successful coach in THW’s history, will retire. His successor will be new assistant coach, former THW star Filip Jicha.

“Of course, we belong in the group of three main contenders, together with Löwen and Flensburg. But like in the previous years, the team hit by the least injuries will become German champion,” says Gislason. His main wish in that regard has come true: Domagoj Duvnjak, one of three team captains alongside Niklas Landin and Patrick Wiencek, is almost 100 percent after a series of injuries.

Toft Hansen is one example of the continuous drain of stars from the Bundesliga. After many world-class players such as Jicha, Momir Ilic and Aron Palmarsson departed in previous years, a list of stars went abroad ahead of this season: Rene Toft Hansen (Kiel) and Kim Ekdahl du Rietz (Löwen) to Paris, 2017/18 Bundesliga top scorer Casper Mortensen (Hannover) and Kevin Møller (Flensburg) to Barcelona, Henrik Toft Hansen and Kentin Mahe (both Flensburg) to Veszprém, Thomas Mogensen (Flensburg) to Skjern. And two more have already announced their departure for 2019: Andreas Wolff (Kiel) to Kielce and Rasmus Lauge (Flensburg) to Veszprém.

After some scheduling collisions in the previous season, the calendar was reorganised. All VELUX EHF Champions League matches on German ground will be played on Wednesdays, and all Bundesliga matches remain on Thursday nights and Sunday afternoons.

For the first time, only two German clubs will be playing in the Champions League. Besides the Champions League participants Flensburg and Löwen, who will battle for the first trophy of the season in the Super Cup in Dusseldorf on Wednesday night, four Bundesliga teams will be part of the EHF Cup: defending champions Füchse Berlin, Cup finalists TSV Hannover-Burgdorf, SC Magdeburg and THW Kiel.

Berlin, Magdeburg and Melsungen are expected to be the hunters below the top row of favourites. But all predict a race for the trophy between the two outgoing coaches: Gislason and Nikolaj Jacobsen, who will leave Löwen after this season to fully focus on the Denmark national team.