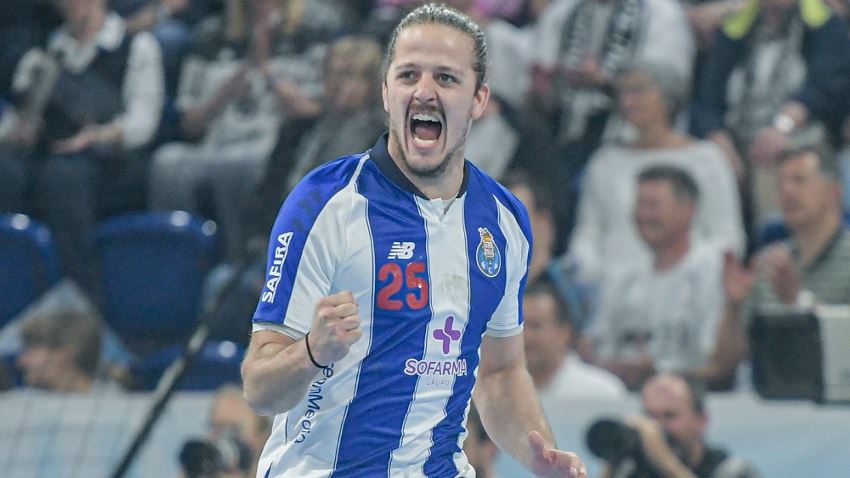 After season for eternity, Areia enjoys “best time” at Porto

António Areia had a very special season - on and off the court.

In addition to the birth of his daughter, the FC Porto Sofarma right wing played an outstanding season, culminating in a historic third place in the Men’s EHF Cup 2018/19 and the first ‘double’ in the history of the blue-and-white team: the national title and cup in Portugal.

The cherry on top of the cake followed recently, as Areia’s stunning goal against Saint-Raphaël in the return leg of the quarter-final has been chosen as both the ‘best goal’ and the ‘top action’ of the past EHF Cup season.

Areia does not hide his satisfaction and speaks of a “gratifying” prize.

“Scoring goals in the EHF Cup is always special. And the feeling of giving us the best goal of the competition is undoubtedly gratifying,” he says. “It’s the culmination of a brilliant collective action and, above all, is a mirror of what our EHF Cup campaign was like.”

Porto’s third-place finish was their best-ever achievement in the EHF Cup. But also on home soil, the team was highly successful.

After winning their 21st national championship, following a decisive victory against Madeira, Porto ended last season with their first double title as they also won the Portuguese Cup after a last-second triumph over Águas Santas, 31:30.

“I think it was one of the best times since I came to FC Porto,” Areia says. “After a less successful time, it was important to come back at my best and to help achieve the collective goals.”

Fans have spoken and have come to the same conclusion….
Both best goal and top action ‘awards’ go to
🙌 Antonio Rodrigues Areia, @FCPorto#ehfcup pic.twitter.com/isivoxPjbw

However, Areia knows about the difficulties in the coming season and won’t get carried away by last year’s successes.

“We have to be aware of the competition we’re going to play, the Champions League, where the difficulty level is very high,” the right wing says. “We will be in Group B, a group that, together with Group A, has the best teams in the world. We will try to have a good performance, to play our best handball.”

On 25 August, FC Porto’s next season will start just as the last one ended - against Águas Santas, this time for the Super Cup.

“The preparation for the new season is going very well, the group already knows each other and this facilitates the preparation process,” Areia says.

As for dreams, they are always renewing and the right wing looks forward to a very special year. FC Porto will play the VELUX EHF Champions League, “which is already a dream come true for any player looking to play at the highest level.”

Also, Portugal’s national team will participate in the Men’s EHF EURO 2020 for the first time since many years.

“It would be a dream to have the opportunity to participate in this competition,” Areia says. “On national level, we have the dream of winning again the titles we won last year.” 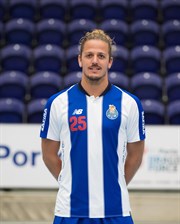