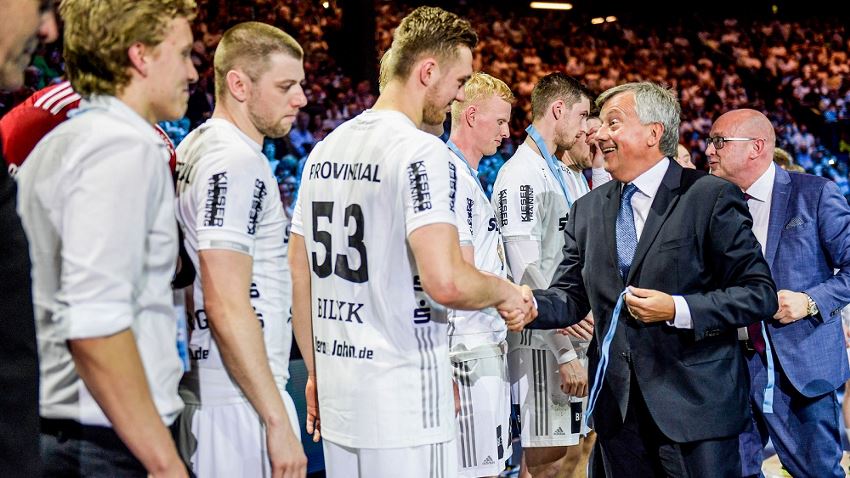 ‘THW Kiel were the lighthouse of this EHF Cup season’

The seventh edition of the EHF Cup Finals ended with a final victory for hosts THW Kiel against defending champions Füchse Berlin on Saturday night.

EHF president Michael Wiederer and David Szlezak, managing director of EHF Marketing, were pleased by the tournament and the whole EHF Cup season in general. In this interview, they look ahead to the upcoming European Handball League.

How do you rate the current season of the EHF Cup?

Michael Wiederer: The EHF Cup has developed enormously in recent years, and especially in the 2018/19 season. That is exactly the way we had hoped on the way to the European Handball League, which will start in 2020. The current EHF Cup is already a product that is very well received by media and spectators and is rated very positively.

David Szlezak: I fully agree with Michael. This season, and especially the final tournament, was an excellent pre-stage for the European Handball League (EHL). Considering that teams from the Champions League will join, we will see an extremely strong competition, which is definitely not just a second division below the Champions League.

European club handball is ready for the EHL. Looking ahead to this competition, EHF Marketing has already invested in many things for the future this year. This season was a full success. We had by far the biggest TV reach, and many things in the background were definitely already Champions League standard. All this shows the great development of the EHF Cup. And we will continue to test innovations to see if they reach the market. 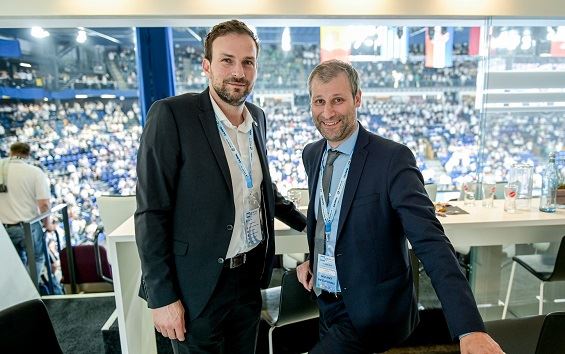 You already mentioned the AKQUINET EHF Cup Finals, what were your highlights of the final tournament in terms of organisation, atmosphere and level of competition?

Michael Wiederer: Kiel is definitely a good ground for final tournaments. THW are a well-rehearsed partner for the EHF, even though the last final of the Champions League in Kiel in 2009 was several years ago.

Kiel have the experience and the competence to organise such a big tournament, because nothing has to be reinvented. And in addition, Kiel have a very enthusiastic audience. When you see more than 10,000 fans attending the Holstebro vs Porto match, they really go along and set the mood, that's all. So I am completely satisfied.

David Szlezak: The atmosphere and the organisation were outstanding, everything went as we had hoped since we named Kiel as the hosts in November. THW is an experienced club when it comes to organizing big events, all done on a very professional level, led by Sabine Holdorf-Schust.

German organisers of EHF Cup Finals had already shown what they are capable of in hosting the tournaments in Berlin, Göppingen and Magdeburg before. And in Kiel, as Michael already mentioned, we had an outstanding atmosphere. Even for the third-place match without German participation, the hall was full. 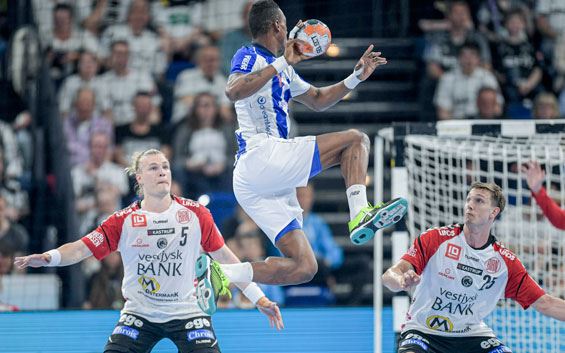 But Porto and Holstebro deserved this support, right?

David Szlezak: Exactly. Both teams have developed very well during the season and both have made a great impression in Kiel. For all teams, the EHF Cup is a highly competitive contest; Porto and Holstebro are good examples of how international games have improved these teams.

How important was it for the EHF and the competition itself, that THW Kiel were part of the EHF Cup this season?

David Szlezak: THW were the lighthouse of the EHF Cup this season. For them, the participation after 14 straight years in the Champions League was initially something like the unloved child, but THW made the best of it in every respect. But it was not just Kiel who provided the best season ever for the merged EHF Cup. EHF Marketing and DAZN as well as great TV partners, for example in Hungary or Denmark, have helped to take the competition to another level. And the final tournament is the worthy conclusion of this great season. 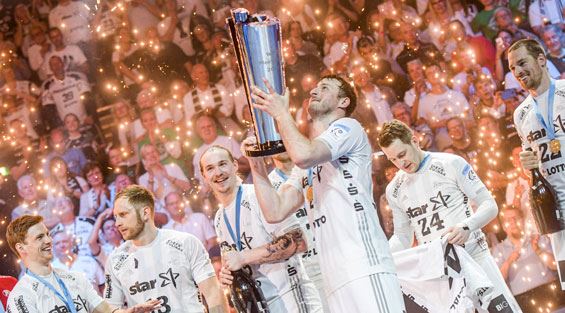 The EHF Cup has been a German domain for years. Is that boring for you?

David Szlezak: It was obvious that all four German teams were potential candidates for the final tournament. But European handball can stand it when two German teams are involved in such a tournament.

Two out of three final tournaments of the 2018/19 are over now after the DELO WOMEN’S EHF FINAL4 in Budapest and the AKQUINET EHF Cup Finals in Kiel. How do you feel before the VELUX EHF FINAL4 in Cologne throws-off on 1 June?

Michael Wiederer: Nine years ago, we had the first VELUX EHF FINAL4 in Cologne, which was a big hit right from the start. In 2013, the first EHF Cup final tournament took place, and after that women's handball was also craving a final tournament.

This year, we had four times 12,500 fans in the sold-out arena in Budapest, in Kiel we saw another sold-out arena with 10,250 spectators per match, and Cologne will be completely sold out for the tenth time.

The format of the final tournament is a very attractive one for handball. The format had already existed in national leagues before, and now it is also a successful international model. And because of three final tournaments in May, the EHF staff are like maybugs: all have flown out of the office, as we have a competition almost every weekend.