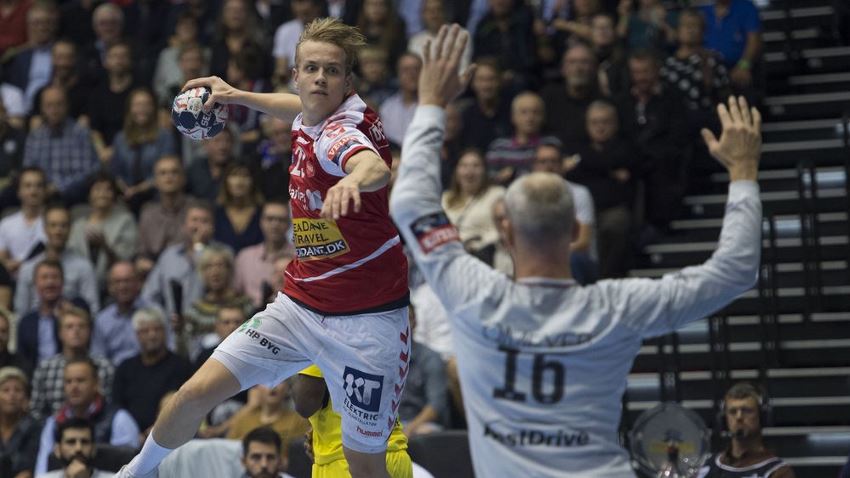 Several teams with history in the EHF Champions League will be on court, when the second qualification round of the Men’s EHF Cup opens with the first leg this coming weekend.

Two of those teams are Danish side Aalborg Handbold and Pfadi Winterthur from Switzerland.

However, while Winterthur’s latest Champions League adventure was back in the 2004/05 season, Aalborg were in the group phase last season and reached the Last 16 in recent years.

Aalborg have the home right in the first leg of the tie, which both teams enter on the back of national league wins.

Aalborg took pole position in the Danish league on Tuesday night by winning 31:22 at home against Mors Thy Håndbold, while Winterthur won a thriller, 30:29 away against St. Gallen in the Swiss top flight.

The two teams meet in the Jutlander Bank Arena of Aalborg on Saturday afternoon, but the action in this round actually starts on Friday evening already.

In the Sport Palace Dynamo Kryltskoe in Moscow, HC Spartak receive another Swiss side, BSV Bern.

This match is broadcast live on ehfTV.com, as is the other Friday game between Hungary’s Sport36 – Komlö and Olympiacos SSP from Greece.

Aalborg and Winterthur are not the only teams in this round with Champions League memories. This also applies to Futebol Clube do Porto and SKA Minsk, who meet in the Dragao Caixa in Porto on Saturday night.

Porto did not have much trouble eliminating Romanian outfit AHC Potaissa Turda in the first qualification round, while the Belarusian visitors have had the privilege of waiting until this round to enter the competition this week, in another match presented on ehfTV.com.

The Slovenian-Polish clash between RK Gorenje Velenje and KPR Gwardia Opole is a Sunday treat on ehfTV. Velenje reached Round 2 through an aggregate win against Sweden’s Alingsas HK, while Opole make their bow in this round.

A further team opening their European campaign at this stage is Drammen HK. The Norwegian side, who have who have former Norwegian international Kristian Kjelling as head coach, welcome KH Besa Famgas from Kosovo for the first leg Sunday.

KH Besa Famgas will be trying to make history by making it further than the second qualification round of the EHF Cup for the first time. The clash in Drammenshallen can be followed live on ehfTV on Sunday evening.