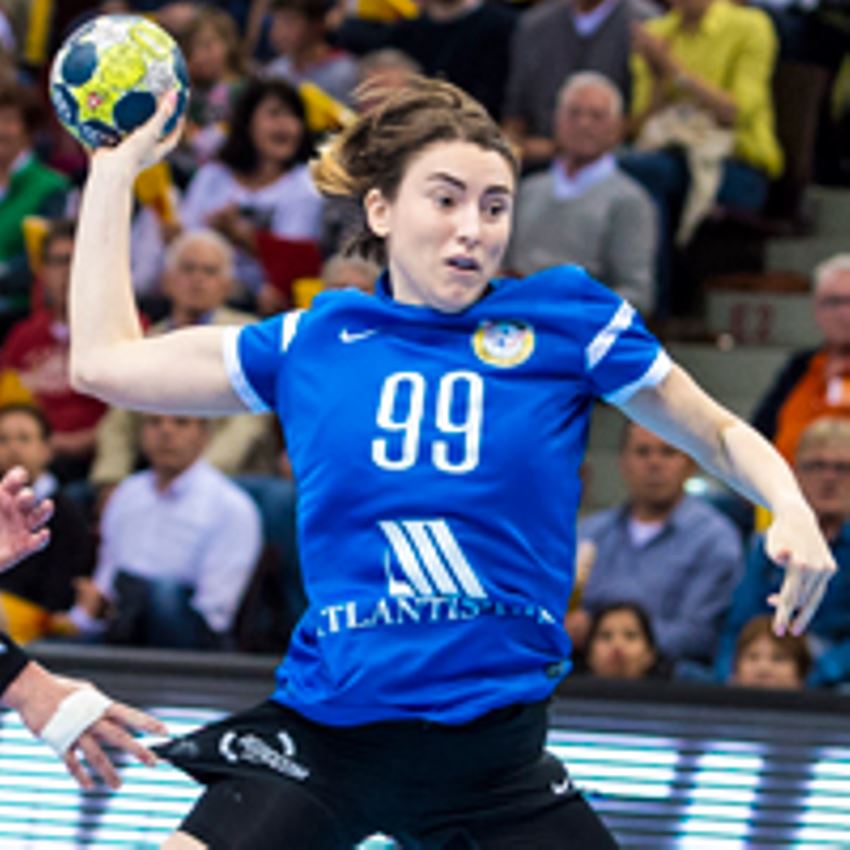 Widely regarded as the favourites for the Women's EHF Cup, Rostov confirmed that status in the first leg match of the EHF Cup final.

Following the 28:25 victory against Bietigheim in Ludwigsburg, the Russian side are in an excellent position before the second leg which is scheduled to take place on 13 May in Rostov.

For the German side, this match was already the second highlight of the week. On Wednesday, Bietigheim were crowned national champions for the first time in history.

Clearly inspired by that achievement, Martin Albertsen's team were looking to claim a positive result in the first leg of the EHF Cup final – even if they were not considered the favourites.

As for Rostov, they have always made it clear that their goal is to win the trophy. The game was tight from the start, yet the hosts had an upper hand throughout the first half.

After Nina Müller opened the score in the first minute, Bietigheim led by two or three goals most of the time. Susann Müller and Antje Malestein scored four times each before the break, and at one point, the German side were up 14:10. Yet the ambitious Rostov did not give up, and they reduced the gap to 16:14 at half-time.

Early in the second half, Rostov managed to improve their defence and came back to 18:16. It took Bietigheim eight minute into the half to score their first goal after the interval when Kim Nadzinavicius converted a penalty shot.

Rostov did not show their best offensive power in this match, yet they improved as the time went by. Katrine Lunde made a number of important saves, and that helped the visitors to gain confidence and to score from counterattacks.

Alexandrina Cabral Barbosa struggled in the first half, yet she finished the game as Rostov’s top scorer with seven goals, just one more than Vladlena Bobrovnikova. Throughout the second half, the Russian team led by one or two goals, and ultimately even increased the gap to 26:23.

Susann Muller and Antje Malestein finished the game as Bietigheim’s leading scorers with six goals each. While the former, currently with 72 goals, is practically sure to finish the tournament as the top scorer, the German side now need a small miracle in Rostov in order to win the EHF Cup.