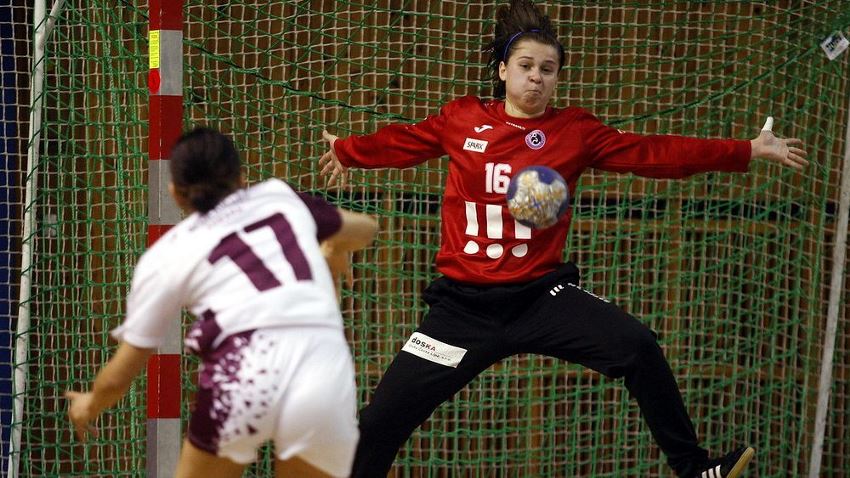 The two legs of the double-header between Maccabi Rishon Lezion and ZRK Bjelovar were as different as night and day, as the Last 16 of the Women´s Challenge Cup opened this weekend.

Maccabi Rishon Lezion won the first of their two home matches 25:23, but the Israeli hosts were met by considerably different opposition in the return match the following day.

Bjelovar right wing Josipa Mamic was her team´s highest scoring player with seven goals in the first match, and with 13 goals in the return match, she played a crucial part, as the Croatian visitors made their way to the quarter-final 33:21 after leading 19:9 at half-time.

Granollers and Nis virtually through

Two teams are virtually through to the quarter-finals after big wins away this weekend. KH-7 BM. Granollers were leading relatively modestly 17:14 at half-time in their away game against DHC Sokol Poruba, but in the second half, the Czech home team were completely unable to follow their Spanish visitors who won clearly, 32:19.

ZRK Naisa Nis are even closer to the next round than Granollers.

The Serbian team, who won the competition back in 2007, were leading 17:7 already by the break in Austria against HIB Handball Graz, and in the last 30 minutes, Nis carried on to book a win of 30:14, making the home match next weekend an apparently easy job.

Things appear to be a bit more open between JuRo Unirek VZV and SSV Brixen Südtirol.

After an equal first half, the Dutch side were leading narrowly 15:14 at home, and the match continued to be close well into the second half.

Within the last quarter of an hour, though, the hosts managed to create some distance and win 29:24.

However, that result definitely still leaves the European debutants from Italy with certain chances ahead of the return match next Saturday.