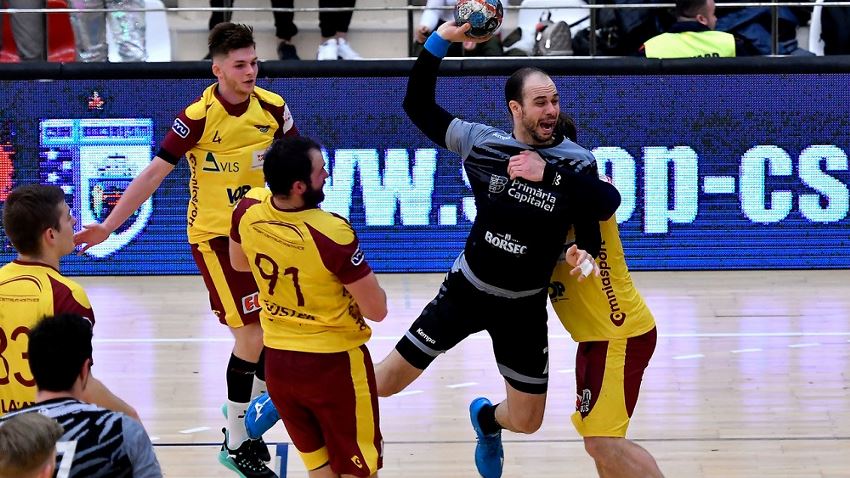 A new club will have its name on the Men’s Challenge Cup trophy this year, as both finalists are contesting their first European Cup final.

The men of CSM Bucuresti are stepping out of the shadow of the club’s successful women’s team while AM Madeira Andebol SAD’s finest European achievements so far have been a few EHF Champions League campaigns two decades ago.

Apart from their two EHF Champions League campaigns, Madeira have been in the early rounds of the EHF Cup six times this decade, most recently in the 2012/13 season.

In the Challenge Cup, the Portuguese club reached the semi-final last year, while CSM Bucuresti were in the EHF Cup the previous three years, reaching the group phase in the 2015/16 season.

CSM did not get the best possible last test before flying to Madeira for the first leg on Sunday, as the team from the Romanian capital lost 34:31 away to Timisoara in Romanian league play-offs on Wednesday.

“It is true that at the moment we are experiencing a series of problems that limit the performance of the team, but we will of course try to ensure as good a result as possible in Madeira, so that we can maintain the possibility of bringing the decision in the second match in Bucharest,” says CSM’s Portuguese coach Paulo Pereira.

“Madeira SAD are a serious opponent, and more than ever we must take care of every little detail of the game in order to win this competition. We will do all we can to do so,” he adds.

Madeira also failed to gain much confidence from their latest domestic game. They lost 33:30 away to Aquas Santas in the Portuguese championship play-off on Monday.