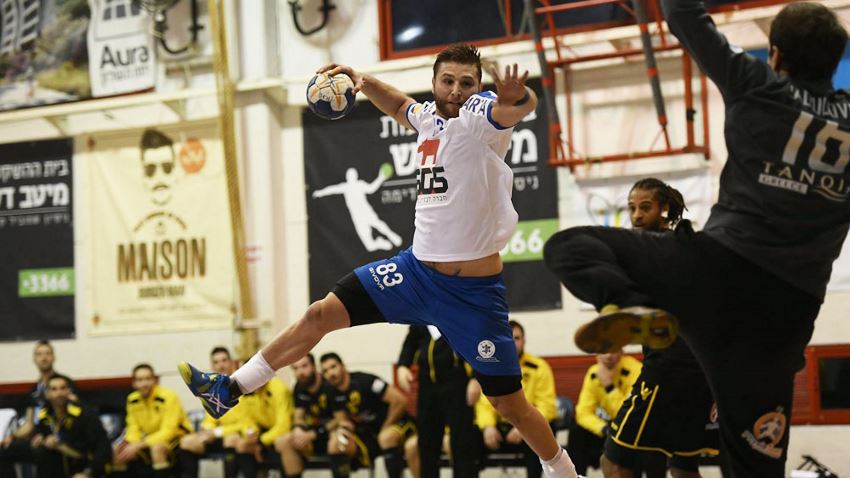 While one team, Dicken, is already in the quarter-final of the Men's Challenge Cup, three other teams are very close to the same achievement after clear away wins in the first leg of the Last 16.

With eight goals, Danish left back Lars Jakobsen made his contribution for last season’s finalists A. E. K. Athens, booking a 34:28 win away against AS SGS Ramhat Hashron Saturday evening.

Athens had a relatively modest lead, 17:15, at half time, but during the second half, the Greek visitors managed to increase their lead to six goals. The Israeli side will have huge difficulties to catch up when they visit the Greek capital next Saturday.

Neva well on the way

HC Neva SPb are even close to the quarter-final than Athens, at least judging by the digits. The Russian team won 31:21 in their first leg away against MSK Povazska Bystrica.

The support from 1,200 spectators was not sufficient help for the Slovakian team who saw the visitors from St Petersburg increase a 14:11 lead at halftime to a 10-goal win at the end.

RK Borac m:tel are even close to the last eight. On away ground in Lithuania, the Bosnian club beat VHC Sviesa Vilnius 29:16.

Borac were leading relatively modestly, 12:8, at half-time, but in the last 30 minutes the visitors created the 13-goal lead which they will hardly be able to lose at home next Saturday.

While the women from Femina Vise are out of the Challenge Cup, the men’s team from HC Vise BM have the direction set for the quarter-final.

A 32:31 win away against Belarusian club HC Masheka gives the Belgian side plenty of reasons for optimism ahead of the return match at home next Sunday.

Dicken from Finland had a great weekend in Luxembourg. In the first leg of their double-header against HC Berchem, the Helsinki-based team, playing their maiden season in Europe, won 28:24.

The second match on Sunday was equal for much of the game, but with Dicken having the upper hand most of the time. At the end, the Finnish visitors booked their quarter-final ticket through a 28:26 win.

The last quarter-finalists will be revealed next weekend, when a double-header between Ukrainian Donbas and Portuguese AM Madeira Andebol will finish the Last 16.