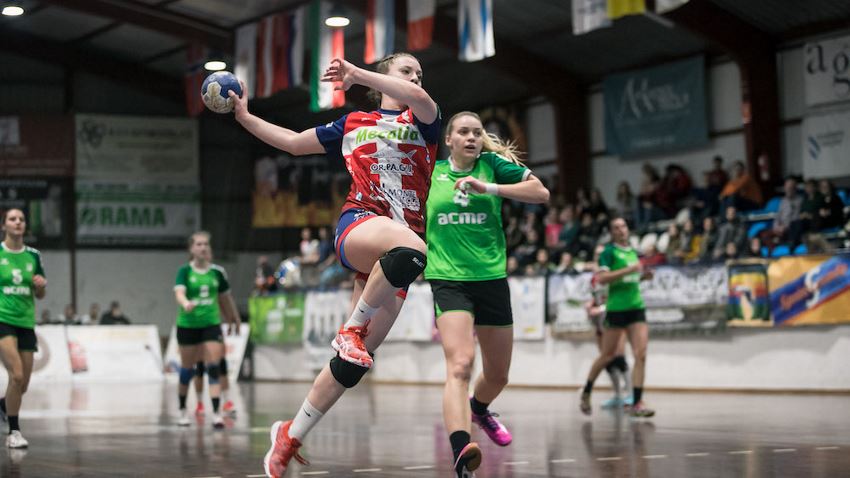 Aula Alimentos de Valladolid are debutants in Women’s European cup handball, and the Spanish club can celebrate the start to their maiden voyage as late as the quarter-final of the Challenge Cup.

Valladolid’s entry at this point is due to Turkish club Ardesen withdrawing from the competition before the Last 16, and the Spanish seeding in the competition.

Currently ranked eighth in the Spanish women’s league, Valladolid’s journey will begin with a national derby.

The third-placed side on the national league table, Mecalia Atletico Guardes, are visiting Poliportivo Huerta del Rey in Valladolid on Sunday at noon for the first leg of the all-Spanish quarter-final.

Unlike Valladolid, Guardes have a rather long history in Europe behind them, although they have never made it any further than the quarter-final in the Challenge Cup.

HC Lokomotiva Zagreb, who won the competition in 2017, are also facing a national derby, starting this weekend.

Lokomotiva, currently second in the Croatian league, are up against number three in the domestic league, ZRK Bjelovar.

Bjelovar are playing their second European season after reaching the third round of the Challenge Cup in 2018/19. On Saturday evening, they are visiting Sport hall SD Tresnjevka in Zagreb for the first leg of this Croatian derby.

While Spain are sure to have at least one team in the semi-final due to the national derby between Valladolid and Guardes, the country has the chance to be represented by two teams among the last four in the competition.

In their first season in Europe, KH-7 BM. Granollers have made it to the quarter-final. They are starting their semi-final tie in the Netherlands, meeting JuRo Unirek VZV, who are in a European cup competition for the second time in history and a quarter-final for the first time.

The Dutch side have the home right in the first leg on Saturday night.

The last tie in the quarter-finals is a double header between CS Madeira from Portugal and Serbian ZRK Naisa Nis, taking place next weekend.