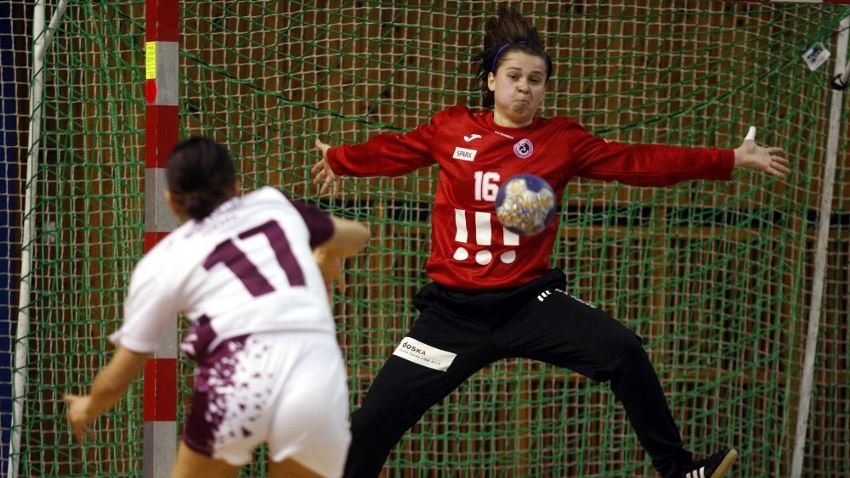 After three ties in round 3 were carried out as double-headers this weekend, the first three teams for the Last 16 of the Women's Challenge Cup have been found already.

In those double-headers, RK Zajecar 1949, ZRK Bjelovar and SIR 1MAIO/ADA CJB all booked their tickets for the next round in this last edition of the Challenge Cup, which will be succeeded by the new EHF Cup next season.

RK Zajecar 1949 have some rather proud traditions in European Cup handball, including a quarter-final in the Cup Winners' Cup in the 2011/12 season, and the Serbian club may hope for more success in the Challenge Cup this season after leaving no doubt in their double-header against ZRK Pelister 2012.

In the first of their two home games this weekend, Zajecar defeated the Macedonian visitors 50:20 before winning by a slightly smaller margin in the second leg, 44:23.

Alavarium/Love Tiles were in the Last 16 of the Challenge Cup in the previous two seasons, but the Portuguese side will not be there this season after their visit to Croatia this weekend ended in two defeats.

Supported by 1567 spectators in the first leg and 1657 in the second, ZRK Bjelovar became too much of handful for the team from Alveiro. Bjelovar won the first match 28:23 and the return match 32:28, with 10 goals from right wing Josipa Mamic playing a big part in the second win.

While Alvarum/Love Tiles are out, another Portuguese team are through to the round of the Last 16. Already in the first leg, SIR 1MAIO/ADA CJB took a huge step towards proceeding through their 28:19 win in Cyprus against O.F.N. Ionias, having led 17:7 at half-time. The low-scoring second leg became more equal, but the visitors were still the better team, winning 18:15 this time.

The first leg of the Italian derby between SSV Brixen Südtirol and Ariosto Pallamano Ferrara ended in a very clear win for the home team.

With 10 goals, left wing Giada Babbo led the way – and Südtirol won 31:18, taking huge step towards the next round before the return match next Saturday.

Spain holds the trophy in the Women's Challenge Cup, as Rocasa Gran Canaria won the competition last season. Being in the EHF Cup this season, Gran Canaria are prevented from defending their title, but Spain may still have a candidate for the title. Mecalia Atletico Guardes are very close to the Last 16 after their visit to Switzerland on Sunday.