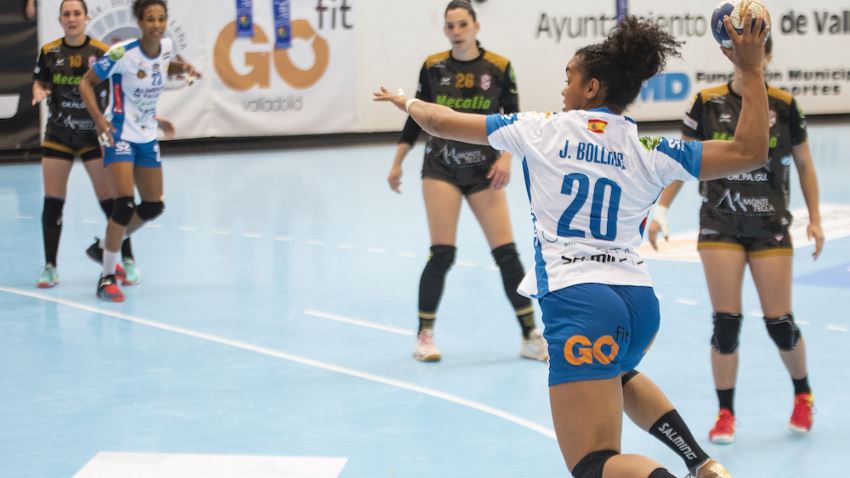 Everything open before return matches

Everything is more or less open before the second leg of the quarter-finals in the Women’s Challenge Cup this weekend.

In three of the four ties, the home teams are chasing deficits – but none are big enough to be unassailable. The fourth and last tie is a double header.

Of the three home teams chasing deficits, KH-7 BM. Granollers are in the best position.

Trailing 25:26 before hosting Dutch side JuRo Unirek VZV, the Spanish team have a great chance to celebrate their first season ever in European cup handball with a semi-final berth.

The Dutch visitors have already made it further than ever before in Europe, as round 3 of the Challenge Cup signified the end for them in their only international season so far, in 2017/18.

The two teams meet for their second-leg clash in Palau d´Esports de Granollers on Sunday at noon.

Two of the quarter-final ties are national derbies, and there is still plenty of excitement in the Spanish tie between Mecalia Atletico Guardes and European debutants Aula Alimentos de Valladolid.

Before visiting the A Sangrina in Pontevedra for the return match on Sunday night, Valladolid are leading by four goals, 26:22 – but the distance is such that Guardes should be able to overcome it, if they can make use of their home advantage and put on a particularly good performance.

Out of the six teams involved in second-leg matches this weekend, HC Lokomotiva Zagreb are the closest to the semi-finals.

Lokomotiva, who claimed the Challenge Cup title in 2017, won the first leg of the Croatian derby against ZRK Bjelovar as clearly as 30:23, after even bigger leads during the match.

It looks as though it will take an extraordinary effort from Bjelovar to turn the tables and book their first European semi-final ticket in Dvorana Europskih Pvraka on Saturday evening.

The last quarter-final tie is to be decided in a double header in Funchal on Madeira. ZRK Naida Nis from Serbia are visiting the Portuguese island for two matches against CS Madeira on Saturday and Sunday afternoon.