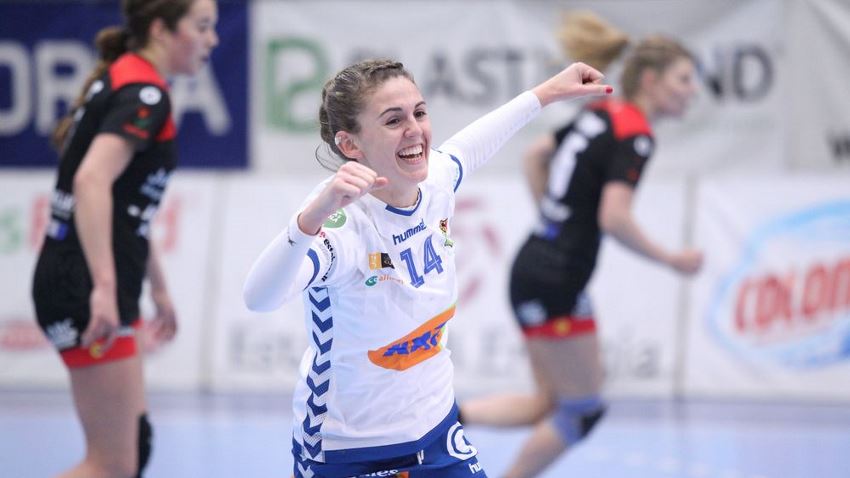 We know for certain that there will be a Spanish representative in the Women’s Challenge Cup final as KH-7 BM. Granollers are set to face Aula Alimentos de Valladolid in the semi-finals.

Granollers ensured an all-Spanish semi-final on Sunday afternoon, having won 36:30 at home against JuRo Unirek VZV from the Netherlands.

Granollers lost the first leg narrowly 26:25, so their six-goal win at home was more than enough to book the semi-final ticket.

2,500 spectators in the Palau d´Esports de Granollers saw their heroines leading 18:14 at half-time and complete the job in the second half.

After a job well-done, the Granollers players could sit back and see which team they would were going to meet from the Spanish derby between Aula Alimentos de Valladolid and Mecalia Atletico Guardes.

It turned out to be Valladolid. After winning the first leg at home 26:22, they ensured their progression with a 23:23 away draw in the second leg.

HC Lokomotiva Zagreb still have the chance to emulate their achievement from the 2016/17 season, when they won the Women’s Challenge Cup.

After winning the first leg of the Croatian quarter-final derby 30:23 against ZRK Bjelovar on home ground, Lokomotiva had no trouble defending their lead in the second leg. In fact, the team from the capital won by seven goals again, 28:21 this time.

1,000 spectators in the Dvorana Europskih Prvaka were not able to spur the local women on to cut the deficit from the first match.

Lokomotiva powered into a six-goal lead, 15:9, by half-time, making the last 30 minutes more or less a formality.

In the semi-final, Lokomotiva will be up against another ZRK, namely ZRK Naisa Nis.

The Serbian team had absolutely no trouble playing both their quarter-finals away from home in Madeira.

Nis won the first leg in Funchal as clearly as 33:19 against CS Madeira.

The Portuguese home team were trailing 14:7 already after the first-half and by winning the second half by another seven goals, Nis could take things easy in Sunday’s second leg, which they won 27:21.