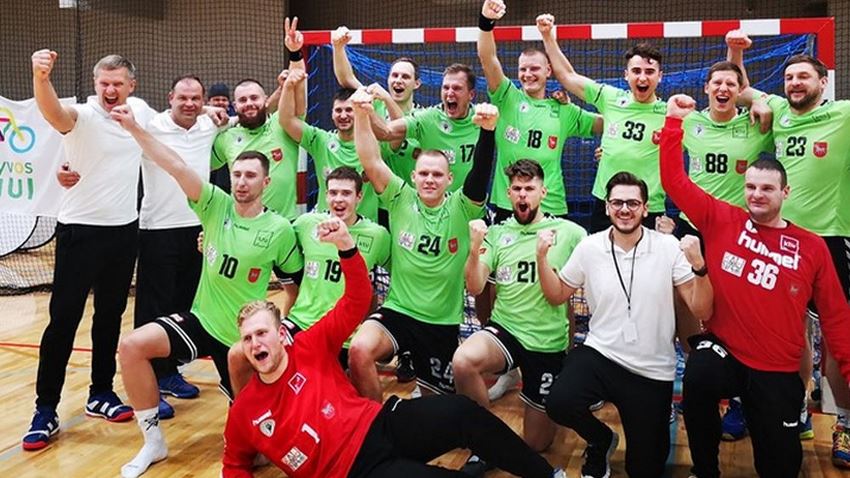 Two narrow two-goal wins away against HC Tallinn this weekend were enough for Kauno Azuolas-KTU Kaunas to proceed to round 3 of the Men's Challenge Cup.

The Lithuanian visitors won the first match on Saturday 26:24 after also leading by two goals, 13:11, at half-time.

In the return match on Sunday, Kaunas were leading by four goals at half-time, 17:13, but were unable to keep up the steam after the break. HC Tallinn did not get any closer than another two-goal deficit, however, as the scoreboard showed 30:28 in Kaunas's favour after the 60 minutes.

With 11 goals in the second match, right back Karolis Jankauskas played a major part in Kaunas's round 3 berth.

HC Vogosca Poljine Hills were trailing by three goals after losing 27:24 away to VHC Sviesa Vilnius in the first match. With home advantage on Sunday, this turned out to be no major problem for the Bosnian team. By half-time they had caught up with Vilnius's three-goal lead – and they led 15:12.

In the second half, Vogosca doubled this lead and booked their round 3 ticket with a 31:25 win. With nine goals, right wing Vanja Smiljanic made a considerable contribution.

Just like Vogosca, ZRHK TENAX Dobele were down 27:24 after their away game, but at home against HB Dudelange from Luxembourg, the Latvian side managed to stay in the competition by winning by just one goal more than they lost in Luxembourg. Dobele advanced to round 3 with a 28:24 second leg win. 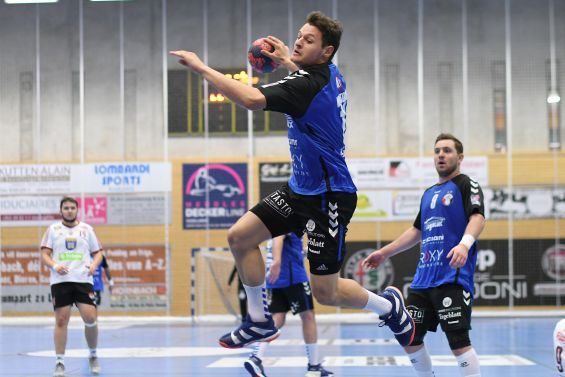 BSV Bern brought a 28:24 lead with them to Serbia after defeating HC Dinamo Pancevo at home last weekend.

In the return game in the Streliste in Pancevo, it did not take the Serbian home team long to catch up –  and Pancevo led by four goals shortly after the break, 15:11.

However, Bern managed to keep the deficit down to three goals at the end, losing 28:25, and the result allowed them to celebrate clinching a place in round 3 by a one-goal margin. Nine goals from left wing Mladen Sotic were not quite enough for Dinamo Pancevo.

Faroe Islands' debutants did not make it

In their first European Cup match in history, Faroese champions H71 won 25:24 at home against RK Maribor Branik, who were supposed to have more European Cup experience.

The match was first leg of a double-header. Maribor's greater experience was demonstrated in the second leg. The Slovenian visitors controlled the match in Torshavn all the way and won 31:24.