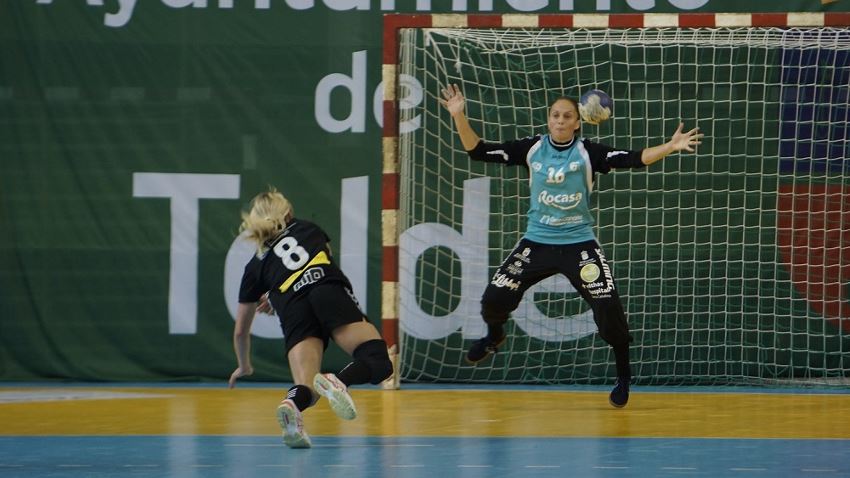 Navarro: “For me Challenge Cup is like Champions League”

Rocasa Gran Canaria are within touching distance of their second Women’s Challenge Cup title after beating SPR Pogon Szczecin in the final’s first leg in Poland by seven goals (30:23).

However, the Spanish side insists nothing has been won yet as on Sunday there is a new battle of 60 minutes they have to fight. The match in Spain starts at 13:00 CET and will be streamed live on ehfTV.com.

“We didn’t expect an advantage of seven but at the end of the match I said to the team: ‘I don’t trust it, if we have won by seven, they can win as well on our home court and fight for a comeback’,” says goalkeeper Silvia Navarro, at 40 the most experienced player of the team.

"Thinking it is over could be a big mistake"

Navarro recalled the battle Rocasa had to fight in the quarter-final against HC Gomel. After winning the home leg by six (24:18), they came close to getting eliminated as they lost the return leg by five (26:21).

“It’s a final of 120 minutes, thinking it is over could be a big mistake,” Navarro says. “We must jump onto the court like if there was a draw and we must go to win the match.”

For the goalkeeper, Rocasa’s defence and how they prevented Szczecin from connecting with their line player were the keys of the match. Of course, her own save rate of 44% (17/39) also contributed a lot.

Rocasa will need another good defensive performance in the return leg, when the team can clinch their second European Cup title after winning the Challenge Cup in 2016.

Playing at home Rocasa will have the support of their fans, who were a key to their first European title as well.

“They never let us alone, and they will support us again. They are like an extra player of our team,” Navarro says.

Navarro thinks the fans could the team in difficult moments, as she expects Szczecin to play stronger than last week.

“In the first leg they were tired because of the busy calendar they had, but now they have had some more rest,” the goalkeeper says. “They are able to do a comeback. Pogon are a well-balanced team with a spectacular defence line, strong wings, and with a great line player as Jelena Agbaba.”

One of the most decorated Spanish handball players

Navarro is among the most decorated Spanish handball players. The 191-time international won silver at the EHF EURO 2014 and bronze at the Olympics and World Championship. On Sunday she can win the Challenge Cup trophy and later add the title in the first Liga Guerreras Iberdrola, where Rocasa are leading by two points with three matches remaining.

“Sometimes people laugh when I say I’m really excited about the Challenge Cup, but for me it is like the Champions League. People don’t realise how hard is: sacrifice, work day by day. Some players work or study and they also have done everything in every single training.”

Apart from winning the Challenge Cup again, Gran Canaria are in the race for another major title as they could win the Spanish league for the first time this season. They finished second or third in each of the last six seasons but are currently in the lead, two points ahead of Super Amara Bera Bera.

“The league is a long-distance race and we never arrived in first place in the end,” says Navarro, who is one of the four players - alongside Melania Falcon, Maria Gonzalez and Tiddara Trojaola - to have won the Queen’s Cup (twice), the Spanish cup winner’s cup and the Challenge Cup.

Four titles and three Challenge Cup Finals in the last four years are proof of Rocasa establishing themselves as one of the leading teams in Spanish women’s handball.

The advice from experienced Navarro for her young teammates ahead of the decisive leg?

“Go out there, do everything you have to do, and enjoy every single moment of the final.” 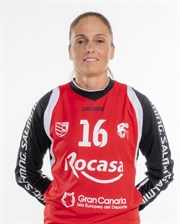 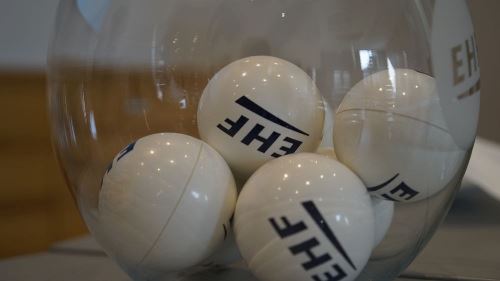 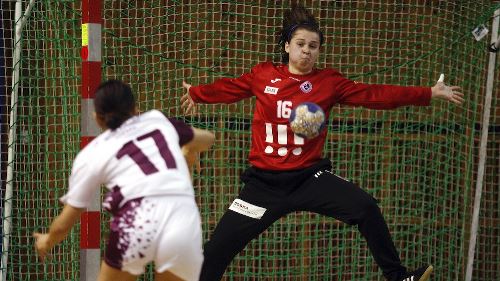