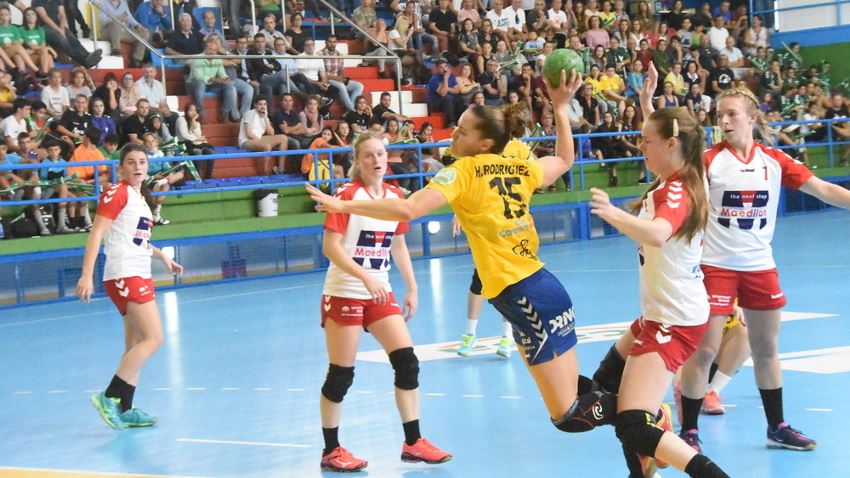 Two former winners are among the six teams fighting for the last three tickets to the Women’s Challenge Cup Semi-finals this weekend: ZRK Naida Nis, the winners in 2007, and Rocasa Gran Canaria, who were triumphant in 2016.

Both teams are in the race for the three semi-final tickets still up for grabs, after SPR Pogon Szczecin secured the first last weekend.

ZRK Naisa Nis will have to try and reach the semi-finals through two away games. The Serbian team are playing their quarter-final tie against Kristianstad Handboll as a double header in Sweden.

Kristianstad Handboll, who are debuting in a European cup quarter-final, are alone in defending the honour of their town – the men’s team from the southern Swedish town were eliminated from the VELUX EHF Champions League last weekend.

Kristianstad are also the only the Swedish team left in the Women’s Challenge Cup after Boden Handboll IF were eliminated last weekend.

Kristianstad and Naisa Nis will meet in Kristianstad Arena on Saturday and Sunday afternoon.

Spain are the only country with two teams left in the competition, but their club’s chances of reaching the semi-finals appear quite slim.

Rocasa Gran Canaria, who won the tournament in 2016 and reached the final last year, have the better chance after winning the first leg 24:18 at home against HC Gomel.

However, Rocasa will certainly face a challenge when they visit Belarus for the return match in Sport Palast, Gomel on Saturday evening local time. There is no doubt the Gomel women’s team will do their utmost to catch up with the six-goal deficit when they play in their own well-known surroundings.

The other Spanish team in the quarter-finals, Rincon Fertilidad Malaga, are in pretty deep trouble before travelling to the Netherlands for their return match against H.V.Quintus. The Dutch team are leading 29:26 after their visit to southern Spain last weekend, so Quintus may very well reach their second Challenge Cup Semi-final in history when the match in Eekhout Hal, Kwintsheul ends on Sunday afternoon.