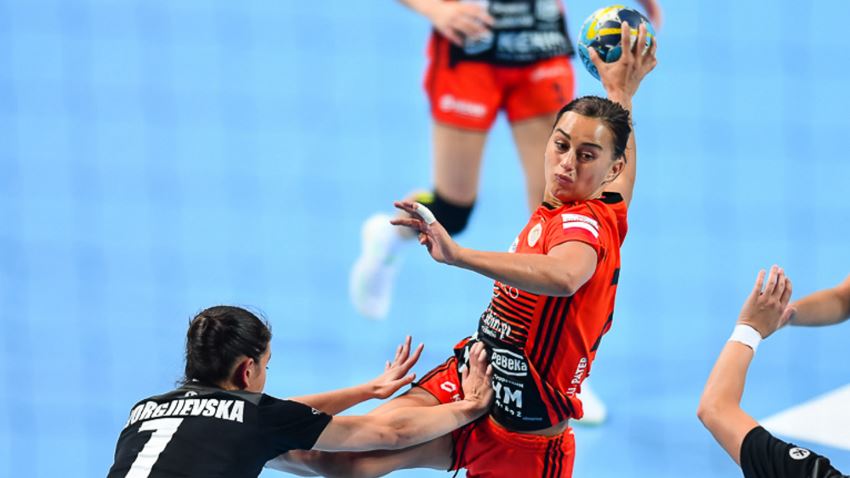 Seven teams through to round 2

The opening weekend of the WOMEN’S EHF Cup 2019/20 saw seven teams advancing to Qualification Round 2.

The 2018 winners SCM Craiova are among them, following their successful games against Salerno. The Romanian side had no problems on their home court, beating their rivals 30:21 on Saturday and 29:17 on Sunday. They will now prepare to face Bergen in the next stage.

Some teams had an even easier time than Craiova. In particular, TSV Bayer 04 - Werkselfen marked their return to European cup competitions after a five-year absence by defeating Nicosia with impressive score lines – 40:5 and 36:5. In the next round, the German team will be up against Hungary’s DVSC Schaeffler.

While Bayer showed the most effective defence of the weekend, Metraco Zaglebie Lubin were the most productive in attack, as they won both games away against North Macedonia’s Metalurg with almost the same score – 44:14 and 43:14. In Qualification Round 2, Lubin will face a bigger challenge, as they are to meet last season’s EHF Cup quarter-finalists Storhamar Handball Elite.

H 65 Höör HK also took commanding wins, beating LC Brühl Handball 32:24 and 43:19. In the second game, Ida Gullberg had a special impact for the Swedish team, scoring 13 goals. Höör will certainly need her scoring talent in the next round, where they will meet Kuban.

Close games in Lviv and Reykjavik

Ukrainian champions HC Galychanka played both legs against Azeryol Baku at home in Lviv, winning the first game narrowly, 26:24. Galychanka improved the next day and beat their rivals more comfortably, 23:18, thereby securing their place in the next round with a 49:42 aggregate victory.

Nothing was clear after Friday’s game in Reykjavik, where local side Valur beat Skuru IK by just one goal, 23:22. But two days later, the Swedish team took a confident revenge victory, 31:24, and went through to the next round.

H.V. Quintus beat HIFK by nine goals (28:19) in the first game, and therefore, a 17:19 defeat in the return match did not prevent the Dutch side from progressing to round 2, where they will play Nantes Atlantique.

Two pairings saw only the first-leg matches played over the weekend. In an exciting Austrian derby, Hypo Niederösterreich beat WAT Atzgersdorf at home by five goals (22:17), yet Atzgersdorf still have a chance to take revenge in the return leg on 14 September.

On the same day, the match between ESBF Besancon and Colegio de Gaia will be a mere formality, as the French team have all but secured their progression following a 37:12 victory on Saturday.

In addition, seven double headers are scheduled for next weekend, when Qualification Round 1 will come to an end and the participants in the next stage will be finalised.