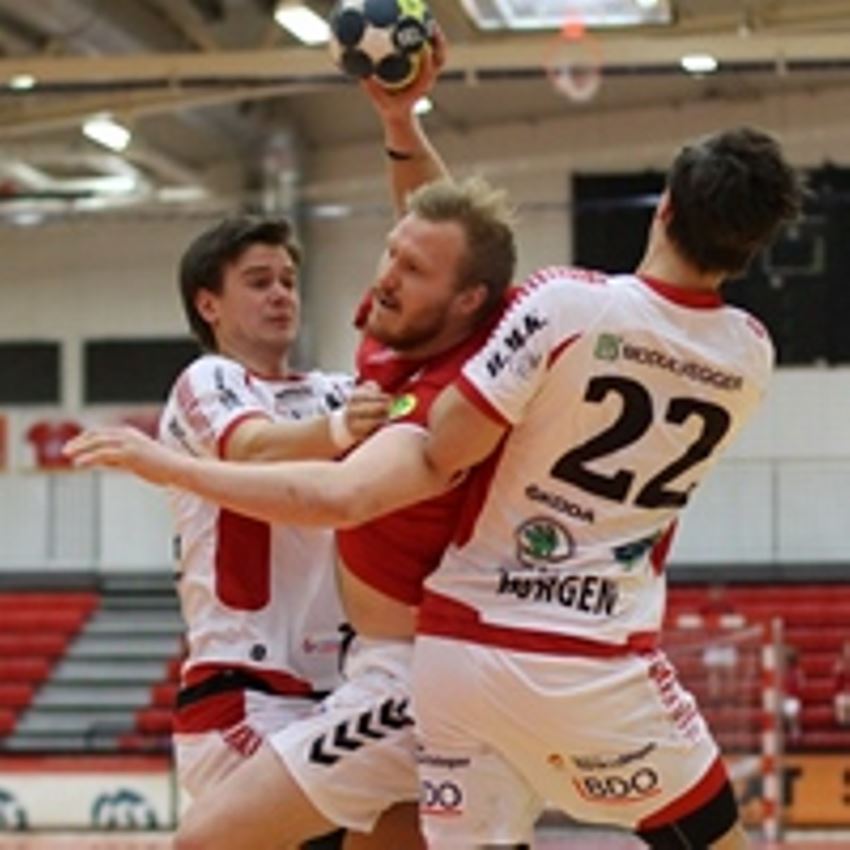 Hurry-Up and Valur qualify for semi-finals

After Sporting CP qualified for the semi-finals last weekend, two more semi-finalists in the Men’s Challenge Cup were found on Saturday. The last team to proceed to the next stage will be found on Sunday, when AHC Potaissa Turda and HB Dudelange play the second leg of their double header.

JMS Hurry-Up were one of the sides to secure their ticket to the semi-finals on Saturday, and are ready to meet Sporting CP. The Dutch team were leading 28:24 after their home match against HKM Sala, and in the return game in Slovakia on Saturday evening they left no doubt when they won as clearly as 38:32.

JMS Hurry-Up were in charge from the start, and in the first half were already in front by six goals several times before the 19:15 lead at half-time.

After the break, the visitors continued to dominate the affair, and not even the support from 1,300 spectators was enough to help the hosts get any closer than three goals.

In the end, JMS Hurry-Up landed a six-goal win and are ready for their first European cup semi-final in history. With no less than 12 goals, left wing Tommie Falke made the biggest contribution to the Dutch triumph.

Valur are also set for the semi-finals thanks to Saturday’s results. The team from Iceland were leading by three goals after their trip to Serbia last weekend, where they won 30:27 away against HC Sloga Pozega.

In the return match on home ground in Reykjavik on Saturday night, Valur finished with the same three-goal margin, at 29:26.

There was never much doubt about the final, as Valur were leading practically all the way – and by a comfortable three or four goals for significant portions of the time.

At half-time, their lead sat at two, 12:10, and at the final whistle the outcome was another three-goal victory for Valur.

In the semi-finals, Valur will meet the winner of this weekend’s double header between AHC Potaissa Turda and HB Dudelange.

For a long time, it looked as if Dudelange were heading for a win in the first leg of the game in Romania. The team from Luxemburg did not seem to mind playing away at all, and after a few one or two-goal leads for the home team, Dudelange dominated the high-scoring first half, which they won 20:17.

At the beginning of the second period, the visitors remained in control, but from the middle of the half, Turda managed to turn the tables.

The second leg in Turda’s Gheorghe Baritiu arena is being played on Sunday evening.