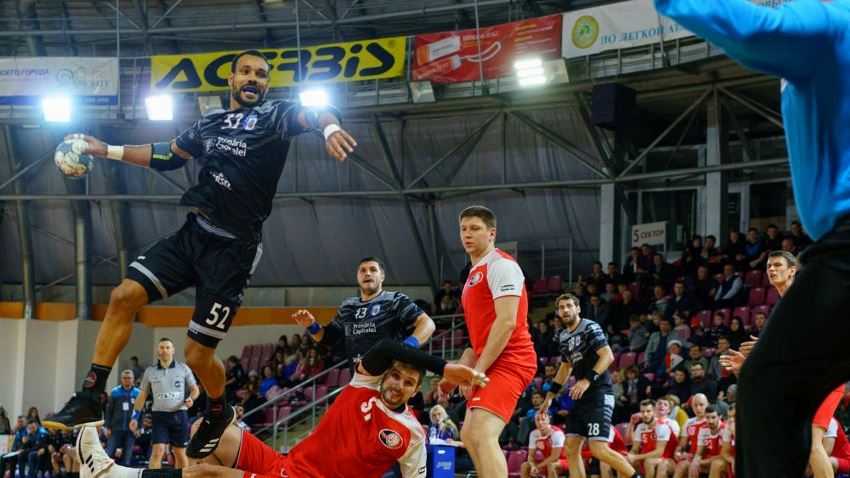 The finalists from the Men's Challenge Cup last season will both be in the bowl when the draw for the Last 16 of this season's edition of the competition takes place in Vienna on Tuesday at 11:00 CET.

Defending champions CSM Bucuresti had a bit more trouble than runners-up AM Madeira Andebold SAD, but the Romanian team managed in the end, in a round which left BSV Bern as the only team to defend the Swiss colours in Europe this season.

CSM under fire in Belarus but Madeira have easier ride

Reigning Challenge Cup winners CSM Bucuresti had to work hard to make the cut for the Last 16 when visiting Belarus this weekend. The Romanian team did not seem to be facing many problems after the first leg of their double-header against HC Masheka. Eleven goals from left back Emmanuel Ramba contributed well to a 34:28 win for CSM.

After an equal first half of the second match, however, the Belarusian hosts got five goals ahead way into the second half. At this point, HC Maskeka eyed a realistic chance to copy their achievement from last season and reach the Last 16. Towards the end, CSM managed to ride the storm, though, and limit the defeat to three goals, 28:25, which was enough to send them on to the next round with a three-goal win on aggregate.

Things went somewhat easier for AM Madeira Andebol SAD, whom CSM defeated in the final last season. Madeira were hosting RK Maribor Branik for another double-header, and the Portuguese home team did not leave the visitors from Slovenia much of a chance. After winning the first leg 31:23, Madeira confirmed their Last 16 berth with a 23:20 win in the second game. 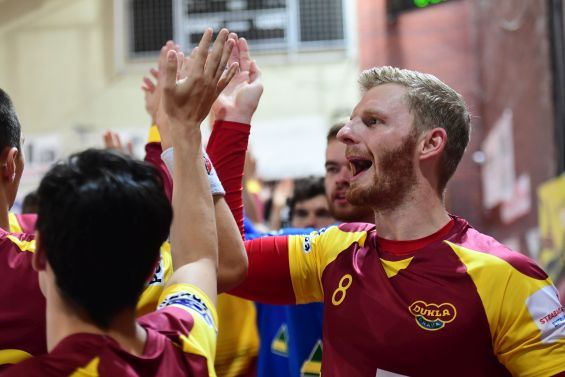 After Swiss champions Kadetten Schaffhausen no longer have a chance to proceed in the VELUX EHF Champions League and Pfadi Winterthur Handball going out of the EHF Cup, BSV Bern are the only team left to fight the Swiss corner in men´s handball in Europe for the rest of this season.

After losing narrowly 26:25 in the first leg of their double-header at home against Ukrainian team Donbas, Bern took revenge remarkably in the second match in the Mobilar Arena in Gümlingen in the return match. Led on by 10 goals from right wing Simon Getzmann, Bern won 36:27 and are ready for the next round.

Both teams from Russia are through to the round of the Last 16. HC Neva SPb were virtually through already after their 35:20 win at home against P. A. S. Aeropos Edessas, and when visiting Greece for the return match, the team from St. Petersburg took another big win, 31:19 this time. HC Victor were defending a 29:27 before hosting MSK Povazska Bystrica from Slovakia, and in the return match in Stavropol, Victor finished the job with a convincing victory, 33:19.