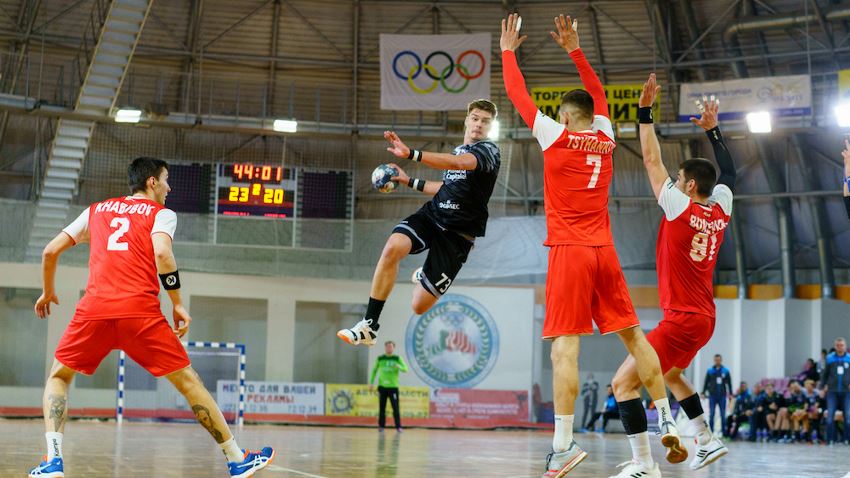 Last season, the men’s team from CSM Bucuresti earned their first European title in history, as they won the Challenge Cup.

This season, they opened their Challenge Cup campaign by eliminating Belarusian side HC Masheka by three goals on aggregate in the third round of the qualification stage.

In the Last 16, the Romanian team may face even tougher opposition as they attempt to replicate their achievement from last season.

CSM have been drawn against the internationally experienced Swedish team Alingsas HK, who have played the VELUX EHF Champions League several times.

Alingsas, currently leading the Swedish league, will host CSM on Saturday afternoon for the first leg.

“I am really looking forward to that match, not least as playing in Europe is something completely different than the domestic league,” Alingsas’ Finnish left wing Benjamin Helander told his club’s website.

Bern and Turda live on ehftv.com

Romania have proud traditions in the Men’s Challenge Cup, gained over the past couple of years – the Challenge Cup has been won by Romanian clubs the last two seasons.

In 2017/18, AHC Potaissa Turda claimed the title – one year after losing the final.

In the Last 16 this season, Turda are travelling to Switzerland to meet BSV Bern for the first leg on Sunday afternoon.

The match in Mobiliar Arena, Gümlingen will be live on ehftv.com at 17:00 local time.

When Turda won the competition in 2018, they defeated A.E.K. Athens HC in the final.

The Greek team are in the Challenge Cup again this season, and in their effort to make it past the Last 16, Athens will take on Drammen HK from Norway.

A.E.K. have the home right in the first leg on Saturday evening, and they may need quite a clear win before going to Norway a week later. Drammen, coached by former Norway international Kristian Kjelling, are in great form, currently second in the Norwegian league.

Debutants against experienced Russian side

Halden Topphandball are debutants in Europe this season. Their opponents in the Last 16 are the opposite.

HC Neva SPb are celebrating their 10th season in European cup handball in 2019/20.

Among other achievements, the Russian club count four participations in the VELUX EHF Champions League group phase on their CV.

The latest of those is as far back as the 2013/14 season, but as recently as 2018/19, the team from St. Petersburg were reached the semi-final of the Challenge Cup. The current eighth-ranked side in the Norwegian league seem to have their work cut out for them.