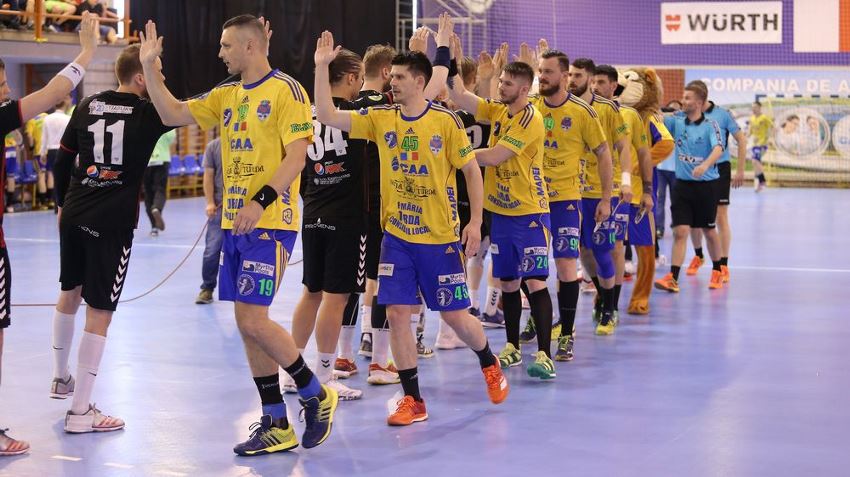 After losing clearly against Sporting CP in the final of the Men's Challenge Cup last season, AHC Potaissa Turda are hoping for better luck this time, where the Romanian side are in the final for the second year in succession.
Their opponent, AEK Athens are in their first European final ever.

Quite naturally, the Romanian team are eager to revenge that defeat and lift the trophy this time, when they meet AEK Athens who are in their first European final ever. The two teams meet for the first leg in the Horea Demian in Cluj Napoca Monday evening in order not to collide with the women from CSM Bucuresti who are playing the Women's EHF FINAL4 this weekend and SCM Craiova who won the Women's EHF Cup on Friday.

Famous venue for the second leg

The last part of Turda's road to the final has gone over Nordic teams, as FyllingenBergen were eliminated in the quarter-final, before Turda were facing Icelandic opposition in the semi-final just like last year, when Valur were the opponents.

This year, IBV Vestmannaeyjar were the last obstacle on Turda's road to the final.

AEK sent HC Berchem from Luxembourg out in the quarter-final before making sure that the trophy would not remain in Portugal, as they eliminated AM Madeira Andebol SAD in the semi-final.

Turda may need a particularly good result Monday evening, as the return match next Sunday is taking place in the OAKA Olympic Hall Nikos Galis.

That arena was the venue of the Olympic basketball final in 2004 and the Olympic gymnastics competitions also took place there.
As the arena has a capacity of no less than 19,250, AEK may expect quite some support there.